Even online sportsbooks are starting to adapt to the growing industry of esports, with more and more bookies starting to open esports betting on their platforms, too. To find out which bookies are offering esports, you can visit www.en.betenemy.com for the review of the latest, top-rated, and most recommended online sportsbooks on the internet.

Meanwhile, here are the most important things you need to know about esports and how to bet on them.

Esports is a real thing and it is a booming industry

One of the first things you need to know about esports is that it is a big industry, and it is getting bigger and bigger every year. It is not something that has only a cult-like following of a small number of people–esports is worldwide and people of various races from various nations are into it. It has been here for more than a decade now, and it has seen a huge growth in the number and popularity of the past several years, as more games started being played competitively.

To give you an idea of how big this industry is, there are at least 40 million gamers around the world who are into esports–this is a combination of professional players, game organizers, game developers, and casual fans. The money involved in professional esports competitions is also something that deserves noting. One of the biggest prize pools an esports competition ever saw amounted to a rough estimate of $30 million.

You can bet on esports games, too.

What are the games that you can play competitively as an eSport? The truth is that any video games can become an esport as long as people started playing it competitively and in a professional setup. From the most hardcore games to the most casual ones such as “Candy Crush” and “Temple Run” any game can be played competitively if you want it to be.

Currently, here are some of the game genres that are popularly played as an esport.

Massive online battle arena games, or simply called MOBA, is a type of game wherein two opposing teams are pit against each other in a battle. There is usually a base for each team, and the main goal is to eventually attack the base of the enemy team and take it down. There are characters used by each player for the teams that they can level up and upskill throughout the game. As a form of defense, some towers must be taken down first by the enemy before they can attack the base. MOBA games focus on strategy and, teamwork, and player cooperation as most of these games involve a team of up to five members each.

Some of the most popular MOBA esports titles include “League of Legends,” “DoTA 2,” and “Mobile Legends” for handheld devices.

First-person shooters (FPS) are another popular genre of game for esports. One of the most classic FPS games is “Counter-Strike.” The objective of an FPS game is simple: to win a battle of gunfight under a specific objective or condition. Nowadays, battle royale games, or games of survival in an open-world map, are popular setups of this kind of game.

Some of the most popular FPS esports titles include “PlayerUnknown Battlegrounds,” “Counter-Strike: Global Offensive,” “Call of Duty,” and many more. 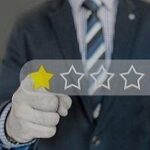 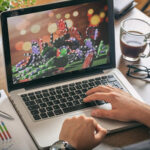