We might just have a title race on our hands after all.

With both Rangers and Celtic already chalking up a first defeat in the ‘L’ column, it’s Hibernian and Aberdeen making the early running in the 2021/22 Scottish Premiership as clubs return to league action this weekend.

Will the reigning champions be suitably recovered in time from midweek European action to rally at Ross County?

We’re back with our next set of Scottish Premiership predictions…

After a turbulent start to his tenure in Glasgow, there are now signs Ange Postecoglu could have the steely formula required to restore the Bhoys back to the Scottish Premiership summit. Five wins in a row have helped calm nerves at Celtic Park, but it’s the manner of those victories that look to be smoothing out any concerns over Postecoglu’s suitability for the role.

A composed 2-0 win over AZ Alkmaar in the Europa League qualifiers was another hint the green shoots of recovery are in place for Celtic to provide a credible challenge both home and abroad in this campaign.

The inspired signing of Kyogo Furuhashi has been the catalyst for the club’s recent mini revival, with the 26-year-old Japanese star wasting no time in acclimatising to European football having caught the eye of Postecoglu in the J1 League.

The Australian will be hoping his clinical new frontman can add to his six-goal tally against a St Mirren side still chasing their first win of the campaign, but the visitors will have fond memories of their last trip to Celtic Park.

The Saints banked their first away win over the Old Firm giants in 21 years last January, a defeat former boss Neil Lennon admitted was the lowest point of his Celtic career. It’s 37/5 for the Saints to pull off another memorable away win on Saturday.

Tough openers against Rangers and Aberdeen have left Livingston with some early ground to make up at the foot of the table. Livi boss David Martindale enjoyed some respite last weekend as goalkeeper Max Stryjek made amends for his howler against Aberdeen to emerge as the hero in a penalty shootout win over St Mirren in the Scottish League Cup.

He’ll be hoping his charges can break with recent history and notch a positive result over a Motherwell side they have beaten just once in seven meetings. It’s 32/25 for the hosts to turn the tide with the win here.

Can Dundee put a dent in the good start Hibernian have made to the new league campaign?

Jack Ross’ men sit top after hitting three goals in both of their league wins to date. It’s 191/100 for them to keep up that free-scoring form by netting in both halves in Sunday’s opener.

Despite misgivings from some quarters over how they might fare on their return to the top flight, Hearts fans can have few complaints about their league start so far.

Robbie Neilson will be bidding to preserve their 100% record against an Aberdeen side that have struggled at Tynecastle on recent trips, although Stephen Glass will be determined to bounce back quickly after the first major misjudgement of his short reign last weekend.

Glass’ gamble on a weakened team in the cup failed to pay dividends as the Dons crashed out at the hands of Scottish Championship outfit Raith Rovers. The draw could be the value here, with a stalemate between the two sides 61/25.

A second straight Invincibles season is gone, but Rangers rarely disappoint on their travels to Dingwall.

The title holders have hit nine goals without reply in their last two meetings with The Staggies, extending a winning streak that now stretches back nine matches. Worryingly for Ross, they’ve failed to even register in any of the last six meetings.

The hosts picked up a famous win over Celtic at Victoria Park back in February and it’s 10/1 for them to bag a rare Old Firm double in the same calendar year with a shock success over the champions here.

Finally, it could be a stamina test for St Johnstone against Dundee Utd after a taxing Thursday night trip to Austria.

Callum Davidson’s men will be hoping his side’s exertions against LASK don’t prove costly in his bid to end a four-game winless run against the Tangerines.

The last three of those meetings ended in draws, but it’s 49/50 for the home side to finally prevail against one of their more recent bogey sides.

Our predictions for the 2021/22 Scottish Premiership are as follows… 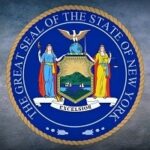 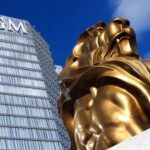