The European Lotteries (EL), the name generally used by the industry to refer to The European State Lotteries and Toto Association, is the European umbrella organization of national lotteries operating games of chance, including sports betting, from over 40 European countries. It has around 50 Members in all EU Member States and a total of over 70 members, thus becoming the European lottery and gambling sector’s largest and most representative organisation.

EL’s Secretary General, Arjan van’t Veer, spoke with Yogonet about the key developments achieved by the member lotteries throughout this year amid the ongoing pandemic, new uses of digital technologies, mandatory certification in responsible gaming, CSR initiatives, and the fight against illegal gambling next year.

What would be your year-end assessment of the European gambling industry’s gradual recovery in 2021, from the perspective of lotteries and regulators?

It is clear that the Members of The European Lotteries and Toto Association (EL) have faced two unprecedented years. Right after the pandemic hit Europe in early 2020, several of the operations of various EL Members were fully stopped upon the national lockdowns. Others were confronted with less strict measures, but the public was sometimes hesitant to go to shops. Aside of their general concerns on the unprecedented situation. The variation in the severeness of the lockdowns all over Europe led definitely to different situations for the EL Members.

The EL Members adapted to the pandemic via their online or digital channels. More important is to mention that the national lottery operators took up their role to do good for society. They helped where and when possible, by supporting society in many ways. We have seen support in the distribution of protective materials, support by staff members helping in all kinds of programmes, the use of company cars by medical teams, extra financial aid to local initiatives to help vulnerable people. And they supported the retail agents by offering them protective materials and where needed, also financial help. From a business perspective, all EL Members adapted to the reality of smart working. Together with the help of their system suppliers they were all able to continue and guarantee the draws of the games.

After the first lockdowns were lifted, the EL Members were able to bring back their sales on forecasted levels. Players kept loyal to participate in their safely organised games. The further waves of the virus had their impact but to a lesser extend. With the start of the vaccination programmes and the summer months in 2021, there was a feeling that the ‘old normal’ had come back. The EL Members could pick up their initial planning again, taking with them the learnings of the past year. Further into this year, it became clear that the situation became difficult again. It is too early to predict what the effect of these 2021 ‘interruptions’ exactly will be. As the EL Members are dedicated to doing good for society, it is expected that they will do everything that is in their reach to give back as much as possible to the general interest and good causes.

From an Associations perspective, EL tried to support its Members where and when possible, adapting well to the ‘’new normal’’. By switching activities to virtual meetings and successful online events, EL was able to reach more representatives in the Membership. The online events were popular, and services such as the launch of an e-learning platform and new website meant that EL could reconnect with each other in new and innovative ways. EL also managed even to bring several induction courses online to newly hired staff of our Members.

Advocacy dossiers at EU level were followed and where needed, EL shared its views on those relevant to the gambling sector, such as new Digital Services Act (DSA) and Anti money-laundering.

Where will EL’s focus be in 2022? Which priorities, goals and plans for next year could you anticipate?

EL’s main focus in 2022 is to reconnect even further with its Members. EL first of all hopes that it will be possible again to bring its Members together in person to share ideas and best practices. That is at the heart of the Association. The first big event that is planned now, the EL Industry Days that will take place in Wiesbaden, Germany. Lotto Hessen is to host this event with EL Partners IGT and SGI there as well.

In 2022 all EL Members are to be certified under the EL Responsible Gaming Framework. During the 2021 EL General Assembly, all Members voted for mandatory certification which took effect from this September. This expresses the importance of responsible gaming measures for EL as an Association and for all of EL’s Members individually. EL is a leader in this field. Aside of mandatory responsible gaming certification, the emphasis in 2022 will also be on the further development of Corporate Social Responsibility (CSR)-initiatives of the EL Members who are well equipped to contribute to the Sustainable Development Goals (SDGs). Now is the time to take this to the next level.

From a policy perspective, EL will act upon the final voting and developments of the EU dossiers such as the Digital Services Act (DSA), the Digital Market Act (DMA) and for instance the next steps in the Anti Money Laundering (AML) legislation. These are important dossiers for the EL Members. Taxation and advertisement regulations are two other important dossiers to follow. Where and when needed, EL will also support its Members in national debates.

Based on the feedback you receive from your members, what are your outlooks, expectations for 2022, and what do you think will be the new challenges for lotteries, regulators, and the European gambling industry in general? What will be the main issues driving the agenda?

EL supports a regulatory lottery model that is based upon subsidiarity; gambling should be regulated on a national basis, taking into account the national needs and specificities. By its nature gambling is not a normal economic activity and requires specific regulation. EL sees still a large supply of illegal gambling operations that are a threat to society. Illegal operators do not respect responsible gaming programmes and they certainly do not contribute to society. They do not pay taxes or try to avoid them as much as possible. Regulatory action is needed to stop these illegal operations. EL and its Members believe in a high level of consumer protection and responsible gaming and give it priority over other interests. This is a key differentiator of how lotteries and other activities of EL members are operated in comparison to gambling operators or illegal operators. 2022 would be a great year if the fight against illegal gambling would be successful. Furthermore, it is important to underline the need for fair sports competitions. The fight against match-fixing in many sports is important. EL contributes to this via its co-foundership of the Global Lottery Monitoring System (GLMS). GLMS monitors irregularities in many sport events to avoid fraud and misuse in sport betting operations. Important international conventions in this field such as the Macolin Convention should be ratified by more countries urgently. 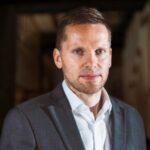 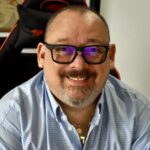