Smart Omaha poker gamblers have learned that it’s easier to make a profit playing this game than playing Texas hold’em. Yet most Omaha gamblers are losing far more than they win.

The difference is that the smart players know a few insider strategies that work, while the losing gamblers are playing the game like average Texas hold’em gamblers.

It’s rare for an Omaha poker gambler to play the variant before learning how to play Texas hold’em. And this is a main reason why so many Omaha gamblers struggle to win.

When you start by playing Texas hold’em, you learn how to play with two cards in your starting hand. And when you are suddenly playing a game where you start with four cards instead of two, it seems like there are many more opportunities to build a hand.

The truth is that four cards do give you more opportunities to build a hand.

But the problem is that it doesn’t always give you more opportunities to build a winning hand. In fact, having four cards can actually it more difficult because there are more cards to take into account.

As a result, smart Omaha poker gamblers know they need to play fewer hands than when they play Texas hold’em. When you play fewer hands, it means you have a much higher chance of building a winning hand when you enter the pot.

By playing fewer hands, you end up making more money. This isn’t a natural understanding for most Omaha gamblers. But it’s something you have to do if you want to win as much money at the Omaha tables as possible.

The other side of this is that when you do play a hand in Omaha poker, you have a better chance of getting action from your opponents. Most of your opponents are playing far too many hands, so you can get more action on your best hands.

This helps you maximize the amount you win on your best hands. It takes some experience, but once you learn how many of your opponents are willing to give you action, you can use this information to build every winning pot to a maximum amount.

Most poker players love action. But if you’re not careful, you’re going to feel enticed to play way too many hands.

You need to do what smart Omaha poker gamblers do and stay 100% focused on your profits and not get enticed by the action.

The only thing that matter is how much profit you make. If you can play three hands and make $500, it’s better than playing 20 hands and making $400, or worse, losing money.

Use the action to your advantage, and avoid it when you aren’t in the best position to win.

When you play Texas hold’em, you can usually win the second- or third-best possible hand. Sometimes, you can win with an even weaker hand.

But when you play Omaha, it’s dangerous to commit too much to the pot with a second-best or third-best possible hand.

On the other side of this coin, when you have the best possible hand, you need to maximize how much your opponents have to pay to stay in the hand until the end. This is the difference between smart Omaha gamblers and losing players.

The main exception to this is when you’re playing Omaha 8, facing a single opponent, and have the second-best high and the second-best low hand. While it’s possible that your opponent has the best both ways, it’s more likely that your second-best hand is going to win at least one of the two halves of the pot.

Many Texas hold’em players do well by winning a lot of small pots and a few big ones. But the smartest Omaha poker gamblers know that they only have to win a few big pots to show a good profit as long as they avoid fighting over small pots.

I’ve had many Omaha pot limit playing sessions where I only won two or three hands and was able to make a strong profit. But in these sessions, I avoided losing money in small pots.

You can play winning Omaha by winning a mix of big and small pots, but this is a dangerous strategy. You have a much better chance of showing a long-term profit when you focus on winning big pots and simply folding in all other situations.

The only way to do this successfully is to only play your best starting hands. You can’t afford to play too many hands because every time you enter a pot, it costs you a little bit of money. Keep this in mind every time you play Omaha.

Most of the things you’re learning on this page involve taking advantage of Texas hold’em players who have decided to play Omaha. But this is such a profitable strategy that it deserves its own section.

In every situation at the Omaha poker table, take a second and think about how your opponent would play their hand if they were a Texas hold’em player. This can give you a big edge because most of them are playing exactly this way.

For example, a Texas hold’em player with a pair of aces in the hole is likely to win if they can get all in before the flop.

While a pocket pair of aces in Omaha is a good start, the fact is that it’s not a huge favorite to win before the flop.

Earlier, you learned the danger of second-best and third-best hands. When you have the best possible hand and have multiple opponents, you can afford to bet the maximum amount. The odds are high that at least one of your opponents is going to stay in with a weaker hand than yours.

When you learn how Texas hold’em players think, you can use this information to increase your profits by a large amount.

6 – Bluffing Is a Waste of Time and Money

Smart Texas hold’em gamblers know how to occasionally use a bluff to win a big hand. But smart Omaha gamblers know that bluffing is pretty much a waste of time.

Until you learn how to play Omaha at the highest levels where you face really good opponents, a bluff simply isn’t going to work a high enough percentage of the time to be profitable.

In other words, play your best hands aggressively and get out of the pot as soon as possible when you don’t have a good hand. Most Omaha players are going to keep calling as long as they think they have a chance to win. So, a bluff isn’t going to work often.

Omaha poker is challenging, especially if you’re used to play Texas hold’em. But you can learn how to win by copying the strategies that smart Omaha gamblers are using.

The first key is understanding that starting with more cards means fewer opportunities, not more opportunities. It does mean there’s more action when you do play a hand, which helps smart players make more profit.

Smart Omaha gamblers don’t get trapped by second- and third-best hands. These hands can cost you a lot of money if you’re not careful. Finally, try to win the big pots and don’t bother to participate in the small ones. Bluffs often aren’t worth the effort. 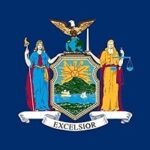