The FIFA World Cup is one of the largest sporting events in the world. The sheer scope and involvement of this soccer tournament are massive. Compared to events like the Super Bowl, it dwarfs the biggest event of the year for US sports fans.

More and more US sports bettors are taking notice and are joining sports bettors around the globe when it comes to soccer. Before the upcoming contest, you’ll want to take a minute to review strategies for World Cup betting.

Here are seven tips for winning bets on the World Cup. This guide could be all the difference between cashing in and flushing your bankroll.

Most Americans won’t be pleased with this, but soccer matches can and do end in a tie. It’s contrary to how we’ve been programmed.

You’ll rarely see ties in the NFL, though they do occur. However, there was a period of time not long ago when the teams simply played until a winner was declared. Much like NCAA football, it takes as long as it takes.

Still, the collective sigh that filled the air upon hearing about ties need to be sucked up by the following gasp. You can win money on a tie in soccer.

That’s right, ties are mostly considered a push. But in certain circumstances, they’ll help more than they hurt.

Depending on the sportsbook you’re betting with, a tie as part of a parlay may most commonly be considered a push or an outright win. Unfortunately, other sportsbooks may flatly hand you a loss.

So, it’s essential to shop around when placing your wagers.

You may also find an immense value in betting for the tie in head-to-head play. Suppose you have Brazil (+132) facing Germany (+230) in a match.

The tie bet may be sitting at +225. In this instance, the tie bet is clearly your most significant value, and it’s an opportunity to make some money on a game that may otherwise be a complete shot in the dark.

Sure, most of us abhor the tie, but the potential to grab a win in a coin flip is a tremendous advantage.

2 – Do Your Due Diligence

If you plan on jumping into the world of FIFA World Cup betting, you had better do your homework.

This event only comes around every four years, and much can change during that time. Players and coaches that were instrumental in the past may have moved on to greener pastures.

Luckily, there are a ton of experts that follow the global soccer scene 365 days a year. Don’t take these pundits’ valuable insight lightly.

If one of the professionals who make their livelihood following soccer’s ups and downs isn’t convinced that a particular team can advance out of their group, it may be a good idea to listen.

Furthermore, how else are you going to find the sleepers?

Suppose you are watching thousands of hours of game footage from around the globe and have the soccer knowledge to translate that information, more power to you. Still, most of us can use all the help we can get, and you shouldn’t ignore the pundits covering the World Cup.

US sports bettors are well versed in the betting options of most popular sports. However, soccer does provide its unique challenges.

You’ll see several head-to-head bets where a spread separates the two teams. The spread operates on the same basic principles that you’ll find in the NFL or NBA.

However, there’s a curveball. World Cup matches are often much lower scoring affairs than even an MLB game. This makes the spread challenging to decipher for many rookie soccer bettors.

Sure, 1.5 goals doesn’t seem like much at all, and a better team should easily cover that. Except that the game may end 1-0, and suddenly the much better team is a loser.

I’m merely illustrating this as an example of how little most casual sports fans in the U.S. know about soccer.

There are opportunities to cash in, though. The over/under bet can be much friendlier to the newbie soccer punter.

You’ll be able to look over defensive trends quickly, goals allowed, and goals scored to have some idea of how the game will play out.

Possibly, the most popular and best choice for most sports bettors is the future bets. The odds are laid, and you make your bet on the team that you’re picking to win it all.

Future bets are the most friendly choice for the casual soccer bettor, and you’ll have no trouble seeing the clear favorites.

Understanding how the FIFA World Cup is set up can play an important role in where you place your money during the tournament.

It’s not the single-elimination style bracket you find in the NCAA men’s basketball tournament. In the World Cup, the 32 participants are broken down into eight individual groups where they must face each other.

At this point, the top two teams in each group will advance to the round of 16. So, a team may lose one game and win one game but still move on to the next round.

In the event that the contest is a tie, goal differential comes into play. Because of this, you’ll often see teams play hyper aggressively in the group phase.

This could dramatically impact over/under bets during the first round of the World Cup. Once the teams move to the round of 16, single elimination becomes the standard.

Pay close attention to match-ups during group play, and you’ll spot value in these lines.

Don’t just commit to well-known names. Sports betting is about finding the most prominent values.

Many sports bettors have tried to make their dime by riding the favorite all the way home. As in other sports, this strategy can quickly implode and leave sports bettors on the outside looking in with empty pockets in soccer.

Don’t let your inexperience with betting on soccer deter you from gambling on the underdog when the better value is there.

It would be best if you only were putting a small portion of your bankroll on any particular wager. So, if you swing and miss, move on and find the next best value.

Many sports bettors will stick to putting their money where their heart is. Please, never bet with your heart over your head.

It hardly matters where you’re from or what your favorite team may be. Let’s assume I laid all my eggs on Italy.

Italy is currently at +1600, which puts them in the top 25% of teams competing. I see value here and would be inclined to place a wager at 16/1.

However, suppose I put my entire bankroll on Italy and bet on them in every game along the way without seeing value. In that case, I’m likely going to lose my shirt.

Remember that value is your allegiance in sports betting.

6 – Prop Yourself for Success

The world of prop bets is an exciting place and the World Cup has more crazy and absurd stakes than the Super Bowl.

Prop bets are just that; you’re betting that something either will or will not happen. These can range from how many penalties will be handed out to whether a particular player will score a goal.

You can even bet on whether or not a player will keep their shirt on after scoring a goal.

The prop bet rabbit hole is bottomless, and you’ll be amazed at the list of quirky things you can lay a few dollars on for the World Cup.

7 – In-Game Betting for the Win

Many sports bettors have found that the ability to have live in-game betting provides them an advantage. I see their point; you’re able to base your wagers on the action you’re seeing on the field rather than merely speculating on what you think will happen.

The lines you get before the game are sure to change as the game unfolds, but the benefit of seeing the game’s flow can be invaluable.

It’s not just the match’s outcome that you’ll be allowed to wager on during the contest. Gamblers can place wagers on the next team to score, goals over/under, and even the next player to score.

In the game, betting adds a ton of thrill to watch the event, and it’s one of the major draws for many soccer punters.

Live betting is dominating the soccer market for much of Europe. There’s no doubt that the 2022 FIFA World Cup will see records shattered when it comes to money wagered.

The FIFA World Cup is the world’s Super Bowl. By comparison, the 2018 World Cup Finals drew over 500 million viewers, the Super Bowl that year was closer to 100 million. There’s no argument that soccer rules the global sports scene.

These seven tips for winning bets on the World Cup will help you get into the game with confidence. Pay attention to finding the best value and avoid falling in love with the “sure thing.” 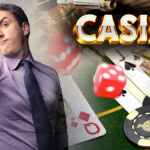 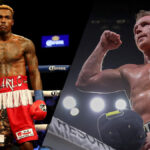