888 Holdings has shared its Q3 2021 report for the three months ended 30 September. Group revenue in the period grew 7% to $229.9 million versus $215.6 million in Q3 2020, driven by continued expansion in regulated markets despite a tough comparator period due to the “very strong growth” in the prior year.

The company also posted a strong performance in B2C gaming ($193.5 million), led by casino, while B2C betting declined 15% against a strong outcome in Q3 2020, when the group benefited from a condensed calendar of sporting events following Covid-related disruption.

The group’s quarterly performance was in line with the Board’s expectations, announced the group in a press statement. “Q3 2021 was a period of outstanding strategic progress for 888,” said Itai Pazner, CEO.

During the period, the company announced the transformational acquisition of William Hill International, launched SI Sportsbook in the US, and began operating 888sport under a new license in Germany. The group continued to execute its plan to become “a global online betting and gaming leader,” added Pazner.

At the end of Q3, and following policy changes published by the Dutch Gambling Authority (KSA), the company decided to cease services in the Netherlands from October 1. However, 888 continues to believe the Netherlands represents “an attractive medium-term opportunity” and intends to apply for a local license in the coming months.

Despite the unforeseen development in the Dutch market, the group’s Board “remains confident” that the performance during the current year will be in line with its expectations. While the timing of a license within the Netherlands remains unclear, the company aims to be operational within the country during the second half of 2022.

“This temporary closure is expected to negatively impact 2022 EBITDA, post certain mitigations at group level, by approximately $10 million, with no change in the group’s expectations for 2023 and beyond,” further stated the company.

“Underpinned by our advanced technology, leading products, and strong brands, as well as the increased scale, talent and diversification that the Group will benefit from as a result of its combination with William Hill International, we have a very exciting platform for long-term growth,” added Pazner.

Other highlights of the period find the group launching more than 150 new casino games, including several in-house developed games, and improved user experience through AI-drive recommendation engines and personalized offers. This is believed to have led to increased market share gains in markets such as the UK, Italy, Spain and Romania.

Revenue from 888’s B2B division increased 4% to $9.6 million, with both the bingo and US operational segments delivering moderate growth. In July, the Group launched the World Series of Poker (WSOP) brand in Pennsylvania under its partnership with Caesars. The poker platform is also expected to launch in Michigan in the coming weeks. 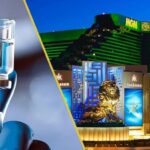 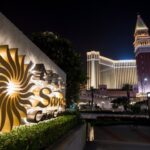