Can you guess what the fastest-growing sector of the gambling industry is? If you guessed online casinos, try again. If you guessed esports betting, pat yourself on the back because you’re 100% correct!

Esports betting is something many have heard of but few fully understand. Plenty of players confuse it for betting on virtual sports such as digital football games and horse races. It’s nothing of the sort.

Instead, betting on esports involves wagering on the outcome of video games. Yes, that includes video games like Street Fighter, Counter-Strike, and League of Legends.

If you think this is just a niche hobby for geeks and gamers, think again. In 2019, esports betting generated an impressive $7 billion in revenue, and that’s with it not being legal in the United States until 2020. According to VentureBeat, some estimates put esports gambling at revenues of $16 billion in coming years.

So, what’s the big deal with betting on video games? Why all the fuss about esports? You’ll learn that and then some in this complete guide to esports betting. Welcome aboard!

So, esports betting means wagering on the outcomes of video game tournaments and showdowns. As with most sports, there is also an increasing number of in-game wagers such as “next kill” on some esports betting platforms.

Now that you know what esports betting is and how big of a deal it is, let’s look at how to place an esports bet step-by-step.

Different Types of Esports Bets You Can Make

Like all other betting markets today, there’s a huge number of things you can bet on in esports. You might think that it’s simply a case of betting on which team will win a match or tournament, but esports betting is much more sophisticated than that.

There are various categories of esports betting, and I won’t give an exhaustive list of the bets you can make here because the list would be hundreds of points long. Instead, I’ll give you a brief glance at what you can bet on in esports. This will be enough to give you an overview of the betting possibilities in this sport.

You can bet on which player or team will win a match. It’s just like picking the winner of a football game. In some esports games, there are “maps,” and you can get on who will win each map within a match.

However, esports match betting also offers the opportunity to wager on things like:

You get the idea. There are lots of betting possibilities, and what exactly you can bet on will depend on which game you’re betting on. The above examples were from the LoL World Champs betting options on Betway.

Some esports games are single matches, but more often than not, matches are part of larger tournaments which can involve players and teams from all over the world. As you saw above, the prize money can be life-changing, so don’t be surprised to find video game masters who play at much higher and faster levels than you may have seen before.

Some popular tournament bets include:

Again, it’s important to remember that the betting options will depend on the game to some extent. However, bets like which team will win outright are common across different games.

Some of the things you can bet on include:

The number of live betting markets for esports, or even if there are any, will be determined by which esports betting sites you use. Some sites include esports as an afterthought, while it has a more central role at some other sites.

There are endless numbers of video games out there, and probably every one of them has expert-level players. Yet, there are some which dominate in esports, and particularly when it comes to gambling on esports.

These tend to be hyper-competitive games, and in many cases, are team-based, although not always. Here’s a list of the top games for betting on esports and a brief rundown of each of them.

Despite being released in 2009, League of Legends shows no signs of slowing down on the esports circuit. You can find betting opportunities on it at almost every esports betting site. It’s a multiplayer online battle arena (MOBA) game by Riot Games. A typical match lasts between 20 to 60 minutes, and the objective is to destroy a “Nexus” in the enemy’s territory.

Players control game characters called champions which grow in power as the matches progress. Unlocking new champion levels gives them access to new abilities and powers. Games also involve non-player characters such as monsters which you can kill for gold. You can then spend this gold on in-game features which boost a champion’s abilities.

DOTA 2 came out in 2013, and it was a sequel to the immensely popular DOTA – Defense of the Ancients. It’s another MOBA game. This one belongs to Valve Corporation.

Each DOTA 2 match is between two teams of five players. The objective to defend your base against enemy attacks, and of course, to attack enemy bases.

In LoL, the characters are called “champions,” in DOTA 2, they are known as “heroes.” Each hero has his or her unique abilities, and heroes can collect items within the game to enhance hero abilities.

These come in useful when they engage in combat with other heroes. The ultimate objective of a DOTA 2 match is to destroy the opposing team’s “Ancient.” This is a large tower deep within their territory.

There’s no other esports game as popular as CS:GO. Around 11 million people per month play it. It’s also huge on the esports competition scene.

In this game, there are two teams—terrorists and counter-terror operatives. The objective is to eliminate the other team, but there are also in-game objectives to be achieved. These objectives revolve around defending or releasing hostages and planting or diffusing bombs, depending on which team you’re on. There are also nine game modes, each of which puts players in different surroundings and with different game features.

If you’re new to esports betting, I’d recommend starting with a wager on CS:GO. Not only is it immensely fun, but it’s also an easier game to understand for non-gamers than some of the others.

In learning about and participating in esports gambling over the years, I’ve heard lots of questions from punters who are curious about it, but aren’t quite sure if it’s right for them. If you fit that description, I’ve put together this FAQ section for you.

Do I Have to Play Video Games to Bet on Esports?

No, you don’t. Esports are played by pros and semi-pros who are part of an official team or tournament. You don’t have to lift a finger, just as you don’t have to get on a kit and play football to bet on it.

What’s the Best Site for Betting on Esports?

That depends on where you’re from. If you’re from Europe, the UK, Australia, or Canada, I’d recommend Betway. It has a well-developed esports betting market. Players from the USA should bet on esports at Bovada. Note that Aussies can’t participate in live esports betting or any other form of live betting for that matter. It’s a legal thing.

How Much Could I Win by Betting on Esports?

Like any other sport, it depends on how much you wager and the odds of the outcome. For example, if you bet $100 on the team Invictus Gaming to win the first map on League of Legends at odds of 1/1, you could win $100 if you were correct. That’s a real example which I took from a match I saw on Betway. Like all odds, the less likely it is to happen, the greater the potential returns will be.

How Can I Become an Esports Player?

First, you have to get really good at a particular game. Then, start applying to be involved in matches and perhaps join an existing esports club or team in your city. From there, you’ll learn about tournaments and opportunities. How much does an esports player make? Well, it depends on what they win. Some tournaments offer tens of millions on prize pots, with the winners getting the lion’s share of the money. On the other end of the spectrum, some players have regular day jobs while they try to make it to the eSports big leagues.

How Do I Bet on Esports?

It’s easy! Select an esports betting site, register an account, and make a deposit. From there, select “esports” from the menu, decide on the match or tournament you want to bet on and the outcome you want to wager on, and confirm your bet on the bet slip. And that’s it! 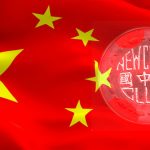 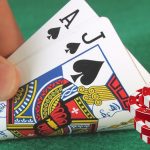