The Africa Cup of Nations is finally set to get underway this Sunday with hosts Cameroon kicking off the action against Burkina Faso.

With this tournament’s start date shifted several times due to Covid and weather concerns, this is the first time we’ll get to see the continent’s biggest stars go head-to-head since 2019.

Algeria took home the most-coveted prize in African football three years ago, but who are the realistic contenders to reign supreme this time around?

Find our pre-tournament preview of the main contenders below, plus our latest Africa Cup of Nations betting tips…

Now managed by legendary 2002 World Cup captain Aliou Cissé – later a fixture with Birmingham and Portsmouth in the Premier League, Senegal start out as favourites to land their first ever Afcon title having fallen just short in 2019.

They arrive here in fine form having eased through the first stage of World Cup qualifying in the run-up to this tournament, winning five of their six games, and boast a spine rich in star quality that includes Edouard Mendy, Kalidou Koulibaly, Idrissa Gueye and Sadio Mané.

With international football in such a state of flux in recent times due to the Covid-19 pandemic, could it pay to keep faith with a settled Algeria squad that know what it takes to win this tournament?

The Desert Foxes have retained the bulk of the team that guided them to a second Afcon success three years ago, and have lost on just one occasion since that heroic triumph.

Man City ace Riyad Mahrez will be pivotal to their chances once again as he captains the side for a second tournament in a row.

Given their formidable Afcon record and the fact they probably boast the most in-form player in the world right now in Mo Salah, the chances of a first success for Egypt in this competition since their hat-trick of wins between 2006 and 2010 can’t be underestimated.

However, it would be unfair to accuse the Pharaohs of being a one-man team.

Aston Villa winger Trézéguet and clinical Al Ahly hitman Mohamed Sherif will be charged with taking some of the pressure off the Liverpool ace.

Can 2015 champions Cote d’Ivoire end their recent run of underwhelming showings in this tournament?

The Elephants certainly have the personnel in place to improve on their group stage and quarter-final exits in 2017 and 2019.

Head coach Patrice Beaumelle will be arriving at this tournament with a plethora of Premier League players at his disposal, with Wilfried Zaha, Nicolas Pépé, Maxwel Cornet, Willy Boly and Eric Bailly among the EPL stars jetting off to Cameroon.

PSV man Ibrahim Sangaré could also be a player to watch in midfield with a whole host of English top-flight sides reportedly courting his signature.

Finally, it would be rude not to mention the hosts Cameroon, who were champions as recently as 2017.

The jury’s out on whether the Indomitable Lions have the consistency required to secure a famous win on home soil, with the tournament being hosted in the country for the first time in 50 years.

They’ve been handed a fairly straightforward group with Burkina Faso, Ethiopia and Cape Verde standing in their way of a place of the knockout stages.

However, their recent record against likely rivals for this title leaves plenty to be desired, with a heavy defeat against Morocco, one notable setback to Cote d’Ivoire and a drab draw with Nigeria hinting improvement will be needed for them to stay the course here.

Senegal start as 4/1 favourites to be the last team standing in Yaoundé come February’s final, with holders Algeria narrow second-favourites at 6/1. 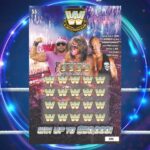