The American Gaming Association (AGA) announced Monday the nominations for the 33° Annual Gaming Hall of Fame are now open.

Friday, May 27 will be the last chance to submit nominations, which must include the nominee’s full name, mailing address, email address, and an entry detailing why they should be inducted using 500 words or less.

Hundreds of qualified candidates are reviewed by an independent panel of gaming executives who select the annual Hall of Fame class. Inductees are chosen based upon their career achievements, community involvement and innovative contributions to the industry.

Inductees will be notified and announced in late summer 2022, and will be honored at the invite-only Chairman’s Reception featuring the Gaming Hall of Fame Ceremony at G2E Las Vegas on October 11, 2022.

For more than 30 years, the Gaming Hall of Fame has recognized leaders who have distinguished themselves through significant contributions to the gaming industry.

Nominations can now be submitted at AGA’s Hall of Fame Awards Platform. 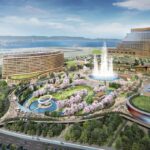 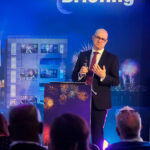