It looks like Alexander Volkanovski’s wish to fight another contender before a third fight with Max Holloway has been granted.

In an interview with BT Sports, UFC President Dana White said that they are currently working on a featherweight title bout between champion Volkanovski and no. 2 ranked contender Brian Ortega. White was asked about the potential big fights of 2021 and he mentioned that Volkanovski and Ortega are being targeted for February 2021.

White didn’t specify the date but the gravity of the fight makes it plausible for UFC 258 which is a PPV event on February 13th. That event is also the targeted date for the Kamaru Usman vs Gilbert Burns welterweight title fight, the likely main event. If indeed Volkanovski vs Ortega is headed there, then it’s going to be a blockbuster affair.

Volkanovski was linked to a Max Holloway trilogy bout after the two fought two close fights and a rematch that ended in a disputed decision. The Australian took the featherweight title away from Holloway with an impressive performance at UFC 245 in December 2019. Voklanovski and Holloway battled back and forth in the bout and after five rounds, the judges gave the nod to Volkanovski 48-47,-48-47, and 50-45.

Alexander Volkanovski not ruling out a trilogy with Max Holloway but wants to face other top contenders first (via @Farah_Hannoun) https://t.co/M45NK4EtIr

While the win was close, there was little doubt that Volkanovski did enough to claim the title and snap Holloway’s 13-fight winning streak. The two were booked to an immediate rematch at UFC 251 last July. Unlike the first bout, Holloway seemed to have gotten the better of Volkanovski. However, the champ prevailed via split decision, causing an uproar from various media outlets, personalities, and even UFC President Dana White.

A trilogy was expected but Volkanovski said that he preferred to fight other contenders first before giving Holloway another shot. When Brian Ortega successfully returned from a two-year hiatus to beat the Korean Zombie at UFC Fight Island 6, Volkanovski’s next challenger was identified.

Ortega is the former RFA featherweight champion who rose to the top of the UFC’s featherweight division by winning his first six Octagon appearances, all via stoppage. T-City knocked out Frankie Edgar at UFC 222 to improve his unbeaten record to 14-0 and earn his first UFC title shot. However, Ortega ended up getting stopped by Max Holloway three months later at UFC 231.

He took a long layoff and was supposed to fight the Korean Zombie in December 2019. However, Ortega suffered a partially torn ACL which put him in the freezer for the entire year. With the COVID-19 pandemic shutting down sports in March 2020, Ortega took an extended layoff before the Korean Zombie fight was rebooked for UFC Fight Island 6 last July.

Ortega dismantled the Korean Zombie and dropped him several times. Showing a much improved striking game, the submission specialist beat Chang Sung Jung in his own game and dominated him from start to finish. Prior to the fight, UFC President Dana White told reporters that the winner of the bout would get the next crack at Alex Volkanovski’s title. Ortega won the fight and so now he’s getting another title shot. 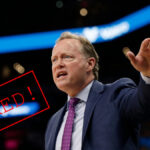 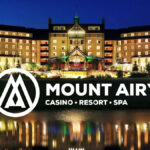