The Department of Gaming is filing final rules for sports, fantasy betting to the Secretary of State’s Office on Monday

he Arizona Department of Gaming (ADG) is set to file its final rules for sports and fantasy betting to the Secretary of State’s Office and post applications on its website on Monday, Director Ted Vogt said on Friday in a virtual meeting. The state’s professional sports teams and tribes would be allowed to apply for sportsbook licenses today, and regulators are anticipating competition for some of the licenses.

Under the scheduled timeline, the 10-day application process would open Monday, and an additional 5 days examination period added to determine which applicants qualify for licensing. On August 28, fantasy sports wagering will be allowed, and sportsbooks can begin marketing and signing up Arizona customers. The first sportsbook bets should be allowed on September 9, when the National Football League season begins. Before then, the Department of Gaming may have to determine which applicants get the limited number of licenses.

In order to speed up the current process, provisions have been included to allow for rule amendments through April 15 of 2022. Legislation signed earlier this year will allow for 10 sportsbooks run by professional sports facilities and another 10 to be run by tribes, plus 10 more limited licenses the teams and tribes can use to partner with horse tracks or off-track betting sites.

Arizona doesn’t have 10 professional sports organizations, but it has 22 federally recognized tribes. Just 16 of them have casinos, while the other six have rights for slot machines they can lease to those with casinos. Some of the 16 tribes with casinos have more than one casino. Also, the state has three racing tracks and about 60 off-track betting sites.

The Department of Gaming says the criteria to get licenses will be subjective if there are more than 10 applicants in any category, the Arizona Republic reports. It created a list of 19 criteria for that case, including the experience of the operator, contributions to the surrounding community, financial stability and enhancing employment in the state. For tribes, the department says the criteria will include “a preference that they be distributed among non-gaming tribes, rural gaming tribes and to tribes located relatively near metropolitan areas in the state.”

Applicants will need to address the criteria in their applications, Vogt said. “They will have the opportunity to detail how they fit the 19 criteria set out in the rules in the chance that we end up having more than 10 qualified applicants on either the sports side or tribal side or limited event wagering operator side.”

Arizona’s professional sports teams and tribal casinos will pay $750,000 to apply and get a sportsbook license from the state and another $150,000 annually to hang on to it. Mobile betting also will be allowed, but Vogt said on Friday that mobile betting will be prohibited on tribal lands.

Fantasy sports contests will happen statewide on online platforms administrated by licensed operators. Kiosks for placing fantasy bets only will be allowed at fraternal and veterans’ organizations and horse tracks. The bill also legalizes fantasy sports hosted by individuals if they are not open to the general public, are limited to 15 participants, collect no more than $10,000 in entry fees a year and at least 95% of the entry fees are awarded to participants.

Some of the potential applicants debated during recent rule meetings whether each sportsbook license allowed for one or more gambling platforms. The latest draft rules say that each operator can use two platforms with special permission from the department. Sports teams fought that decision, arguing that the legislation was intended for each sportsbook to use just one platform.

Teams and tribes have made several announcements regarding which sportsbook companies they plan to partner with in Arizona, should they get licenses without issue.

The Phoenix Suns continue their existing relationship with FanDuel, and the Diamondbacks hold a joint partnership with Caesars and William Hill. Barstool Sportsbook recently teamed up the NASCAR/Phoenix Raceway, and DraftKings holds a strategic deal with the PGA, which frequents the state for numerous events throughout the year.

The Phoenix Rising is asking the state to clarify their stance on the United Soccer League’s ability to qualify for a sportsbook license. While Major League Soccer is the highest level of soccer played in the country, the United Soccer League is the most professional level of the sport currently played in the state. WynnBET, Unibet, and PointsBet all hold relationships with casino properties in the state as well. 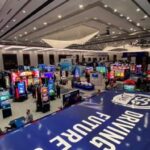 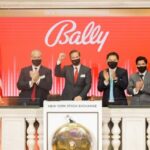