“Fantastic Dragons is already a number one performer at Casino Metro, a premier casino in Puerto Rico,” Aruze officials said.

The Fantastic Dragons game series is designed to draw players in with a unique attract feature and thrill them with dual-reel set gameplay and a powerful collect feature.

At the highest bet level, the collect feature happens frequently, yet still contains the chance for big wins as jackpots and bonus prizes can be won at any time. Players will hope for additional symbols to keep the reels spinning, with the goal of filling a reel set and triggering the Prize Reel, for even bigger wins. In both titles, three Wild symbols trigger a wheel spin during the base game. The wheel will award either Free Games or up to 18x for the triggering spin. Wilds also signal a jackpot chance. If triggered during this chance, the wheel above the reels will become an all-jackpot wheel, which will spin once and award a jackpot.

Fantastic Dragons Fire and Fantastic Dragons Gold offer two reel sets and optional additional orbs that will help trigger the Orb Collect Feature. This feature can be triggered by either reel set or both at once. Six Orbs in one set of reels triggers the feature, with Orb prizes displayed on the Orbs themselves. Three free spins are awarded, and all triggering Orbs drop to the lowest position on each reel, just as all newly collected Orbs will. Each spin offers the chance to collect more Orbs. If all reel positions are filled, the Prize Reel will be awarded.

When idle, full-screen animation synchronizes across cabinets to display a powerful golden dragon swooping through the screens. An LED sign above the games displays a similar video, with a golden dragon splashing through a vault of gold coins. 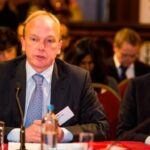 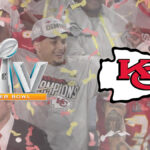