In a push to enact tax breaks for Atlantic City’s casinos, a New Jersey Assembly Appropriations Committee passed an amended version of the Casino PILOT bill 8-2. The bill seeks to remove sports and internet gaming revenues from the calculation of what casinos owe in-lieu-of property taxes.

The bill passed in an amended version, making it identical to a Senate President-backed version, reports The Press of Atlantic City. Both now set the 2022 basic PILOT payment at $110 million, about $55 million less than the casinos would have had to pay under the existing law.

The bill has reportedly passed the committee in a quiet way, without lawmakers asking questions or representatives from the casino industry present to comment. John Burzichelli, chairman of the committee, had left the room before the bill came up for consideration, and returned just in time to vote.

The bills are now set to go to the full Senate and Assembly for a full floor final vote. The Casino PILOT bill seeks to greatly lower the amounts casinos will pay for the next five years when compared to what the original PILOT bill would have required.

On the likelihood the county will again sue the state over the new PILOT, Atlantic County Executive Dennis Levinson said: “We are going to have to do what we’ve done all along — fight for taxpayers of Atlantic County — unless they become reasonable,” according to The Press.

The original Assembly version of the bill had set the 2022 basic PILOT payment at $125 million. While it was more than what ultimately passed, it was still far less than the $165 million the casinos would have to pay should the current PILOT bill remain unchanged.

Senate President Steve Sweeney, D-Gloucester, Cumberland, Salem, said at a Senate Budget Committee hearing last week that, should the bill not pass, four casinos would face closure. Other industry sources pointed out that only one or two casinos could face this possibility.

The bill first sat in a committee chaired by Assemblyman Vince Mazzeo, D-Atlantic, without consideration since being introduced in May. He never posted it for consideration, believing it was “a bad bill for Atlantic County” as there would be fewer revenue dollars due to it.

The bill, however, was then quietly moved to the Appropriations Committee in the rushed lame-duck period at the end of the legislative session. While it is often the second reference committee, the amended PILOT never got a first hearing in any other one.

Also on Monday, the Casino PILOT bill got a key supporter as Bob McDevitt, the head of Local 54 of the Unite Here union -the main casino workers’ union-, endorsed the legislation. McDevitt described the bill as necessary to prevent hundreds of casino workers from losing their jobs.

“Our members and their families have suffered terribly during the pandemic and resulting meltdown in the economy,” McDevitt said, according to Lake Geneva Regional News. “As we exit the pandemic and begin the recovery process, it is essential that Atlantic City’s hotel and gaming properties remain stable.”

The bill would provide the nine venues in Atlantic City a considerable benefit, given that internet gambling and sports betting -which would be removed from calculations on how much casinos have to pay- are two of the fastest-growing verticals in the state.

Casino profits and revenue in Atlantic City have been significantly up this year, as the New Jersey industry rebounds from the pandemic. Some venues are even doing better than they did during the pre-pandemic year of 2019.

However, McDevitt warns that, despite the positive revenue trend, employment has been down from peak levels: about 20% fewer workers are on the job compared to two years ago. “The choices in my mind are clear,” he added. “Do nothing and risk the loss of thousands of jobs, or immediately pass this legislation and provide a foundation for stability and growth in the future.”

The first version of the PILOT bill was passed five years ago, during a time period in which Atlantic City was reeling from the closure of five of its 12 casinos. Casino successfully appealed their property tax assessments year after year, which blew holes in Atlantic City’s budget. In return for agreeing not to appeal, financial relief and the certainty of knowing what their property tax obligation would be for years were offered. 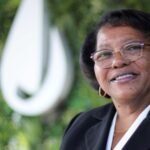 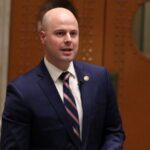