Have you heard? The Ballyverse has expanded! 🍋🎰🎲 We have several new properties in our portfolio and more to come in 2022!#Ballys #jumpintothethrill #welcometotheballyverse pic.twitter.com/3obUUplXL5

As a result of better than expected operating performance at its land-based retail casinos and interactive businesses, Bally’s does not plan to issue incremental common equity or draw on the previously disclosed Gaming and Leisure Properties commitment to fund the Gamesys acquisition. Bally’s continues to evaluate investment options with potential strategic partners and such investment is not necessary to fund the Gamesys acquisition.

Back in April, Bally’s announced that it has agreed on definitive terms by which it will combine with online gaming operator Gamesys, as reported by Yogonet. Earlier this month, both firms said that, at their respective meetings of shareholders held on June 30, each company obtained the requisite votes for all shareholder approvals related to the combination.

On Monday, Bally’s said it arranged bridge financing for the Gamesys transaction from Deutsche Bank AG, London Branch, Goldman Sachs USA, and Barclays Bank PLC, consistent with U.K. regulatory requirements. Bally’s intends to seek to refinance the bridge facility and its and Gamesys’ debt through one or more capital market transactions, which are currently expected to include public or private bond offerings and a company-wide bank credit facility.

Closing the Gamesys transaction, which is subject to customary conditions including regulatory approval, is expected to occur during the fourth quarter of 2021. 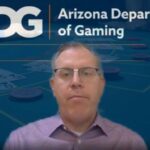