The Masters gets underway today on a rainy afternoon in Augusta. While the weather may put a damper on the proceedings, it should still be fun to see how things play out between now and Sunday.

Thursday also brings an AFC South clash between the Tennessee Titans and Indianapolis Colts that could wind up going a long way toward determining divisional supremacy. BetOnline’s odds boosters for Thursday both involve the NFL contest, so let’s dive right in.

BetOnline has tonight’s game listed as a pick’em. The 6-2 Titans will be the home team, and they’re fresh off a 24-17 win over the Bears on Sunday. The Tennessee Titans bounced back following back-to-back losses to the Steelers and Bengals.

The Colts, who have allowed just 160 points through eight games this season, are coming off a 24-10 loss to the Ravens last week. Indianapolis’ defense has easily been the stingiest in the division thus far, and this will amazingly be their first divisional matchup since losing to the Jaguars back in Week 1.

Tomorrow, we’ve got an AFC South showdown with big playoff implications! @Colts vs. @Titans on TNF, who ya got!? pic.twitter.com/TfRQtjQA3u

These two teams split their two meetings last season, but things were pretty different back then. The Titans started Marcus Mariota in the first matchup, while Indy was rolling with Jacoby Brissett under center.

Games involving the Titans have hit the over five times through eight weeks, while the Colts are 4-4 over-under.

Derrick Henry has picked up right where he left off last season. Last year’s rushing leader has already found the end zone eight times so far this season, along with a team-high 843 yards. Henry hasn’t been quite as prolific on a yards-per-carry basis (4.6) as he was last season (5.1), but he is still very much the heart of the Titans’ offensive attack.

The Indianapolis Colts currently rank second in the league in terms of DVOA against the run, while they’re fifth against the pass. This is by no means an easy matchup for the Titans’ offense, and Henry’s lack of contributions in the passing game means he’s really only a threat to score if he gets a handoff.

Most rushing yards vs. 8+ men in the box

Given Indianapolis’ effectiveness in stifling opposing running backs, this looks like a pretty dicey bet. So far this season, Indianapolis has only allowed one of their opponents to top 100 rushing yards in a game. That was the Browns in Week 5. The same Browns team that currently leads the NFL in rushing.

Indy has yielded just four rushing touchdowns all season long, as well. Henry is as good a bet to score as anyone on the Titans thanks to his sheer volume, but this is about as tough a matchup as you can find.

If you’ve been reading these columns for a while now, you probably know that I typically like to stay away from touchdown props. Henry offers plenty of upside to be the first player to find paydirt in this game at +500, but that’s the kind of wager from which I would rather steer clear.

48.5 points isn’t the biggest over/under you’ll see. We’ve got a pair of solid defenses going toe-to-toe in this one. It’s expected to be a cool night in Nashville, but no significant wind or rain is in the forecast, which should help both offenses. I don’t think we can realistically expect this game to turn into a shootout, but I’m still more inclined to back a Titans win plus the over on 48.5 points here. 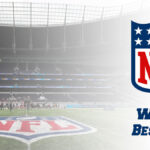 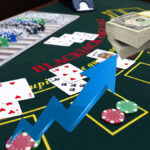