nline betting and gaming brand Betway announced on Friday that it has sealed a multi-year partnership with the Dallas Mavericks, becoming the official and exclusive free-to-play partner of the NBA franchise.

Under the terms of this deal,  Betway’s branding will be shown around the court at the American Airlines Center in Dallas, home of the Mavericks.

As well as the Mavericks, Betway is in partnership with five other NBA franchises across the US, as well as the NHL’s New York Islanders.

In an official press release, Anthony Werkman, Betway CEO, commented on this alliance and said: “Continuing the growth of the Betway brand in the US, we’re delighted to be partnering with the Dallas Mavericks. The Mavs are a globally recognized team that will help promote the Betway name around the world”.

“We are excited to be showcased to their amazing fanbase whose loyal support helped the Mavs achieve the outstanding record for the longest run of sold-out games in major league sports”, he added.

Ryan Mackey, Dallas Mavericks SVP of Corporate Sponsorships, also noted: “Betway has been a phenomenal partner from the beginning, working with us to navigate this industry in a state where there are still many uncertainties yet potential for massive growth. We look forward to providing tremendous value to both Betway and our fans.”

Last week, the platform was announced as a sponsor of the oldest Association of Tennis Professionals (ATP) tournament as its official betting partner. Commencing on 6 November following last year’s cancellation, the competition looks  to give Betway association rights as well as courtside branding. 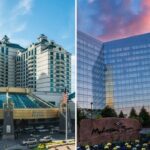