BGaming announced Friday the return of the Fruit Million slot with a multiskin version for players to customize the game all-year round.

From St. Patrick’s Day to Christmas, the new edition of the fruit slot includes 8 models where customers can find the set of features the Fruit Million slots offer: Stacked Symbols, Expanded Wilds and Scatters form one hundred paylines and gifts that can be doubled during the Gamble Round.

The Fruit Million Multiskin is already available on Spin Samurai, BC Game, Fresh Casino, and other projects.

In an official press release, Yulia Aliakseyeva, Game Producer at BGaming, spoke about this new feature and said: “We have done a lot of work during the year and produced 8 editions of the game for different holidays. Each skin has found its players. We think they will be glad to know that the edition of Fruit Million they love most will be available at any time and there is no need to wait for a holiday or some event”. 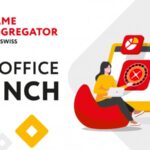 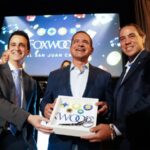