The Bicycle Casino near Los Angeles seems to have forgotten some things. You don’t tug on Superman’s cape, you don’t spit into the wind, you don’t pull the mask off the Lone Ranger, and you don’t mess around with the Internal Revenue Service.

The casino has been hit with a fine of half a million dollars for not properly reporting cash transactions of over $10,000 on multiple occasions over an 8-month period back in 2016. And yes, we’re just learning about this now.

It seems a customer (who was a Chinese national) brought about a hundred million dollars to the casino in duffel bags, which he used to play high stakes baccarat. Sounds like a bad movie, but it’s all true. And while the Bicycle Casino did report the transactions, they did not do so in the correct way.

Whether it was from confusion or out of convenience, the personnel at the Bicycle used the name of the players assistant, and not the actual name of the player. That flies in the face of reporting requirements for the IRS, and thus resulted in the $500,000 fine.

Although the fine is hefty, it’s reasonable to assume that the casino easily took more from this player than half a million dollars. With over $100,000,000 wagered over 8 months, even a meager 1% margin would have put a million dollars into the coffers. Still, sending half of that back to Uncle Sam has gotta hurt. 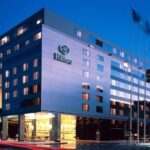 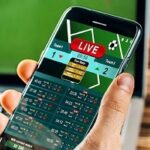