lueprint Gaming has adapted its Jackpot King into a slot game for the first time, featuring the developer’s new Prize Lines mechanic.

The mechanic increases retention with symbols in view carried over to the next game as players try to complete the grid.

A full house of Prize Lines triggers Wheel King, where players could win one of the three pots available through Jackpot King.

Prize Lines made its debut earlier this year with a Fishin’ Frenzy-inspired game and has broadened Blueprint’s reach within the online bingo community.

Jo Purvis, Director of Key Accounts and Marketing UK at Blueprint Gaming underlined: “Prize Lines has instantly resonated with players since launching and we’re excited to introduce this latest game featuring our hugely popular Jackpot King. This marks the first time we’ve incorporated Jackpot King into a game in its own right. Fans of the progressive system are sure to love the recognizable prize ladder feature and climb their way to huge wins.” 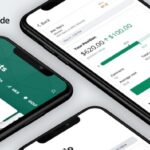 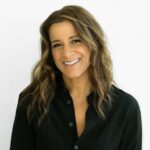