aesars Entertainment plans to reopen the Rio All-Suite Hotel & Casino in Las Vegas before the end of the year, and is optimistic about its future in Las Vegas as it sees record convention business on its books for the second half of 2021. The company reported a net loss of $926 million for the third quarter due to the pandemic impact, and more than doubled (52%) net revenue to $1.4 billion.

Caesars CEO Tom Reeg said Thursday during a quarterly earnings conference call that the last of Caesars’ 56 properties nationwide to remain closed is expected to open before 2021, Las Vegas Sun reports. The operator sold the off-Strip casino property to a New York real estate developer, but Caesars will continue to operate the resort for at least two years in a lease-back arrangement.

Also, Reeg said there are no plans for Caesars to close part of their operations in the Strip during the middle of the week, unlike other Las Vegas casino companies that have decided to do so amid rising COVID-19 cases in the country. “Business continues to get stronger (in Las Vegas),” Reeg said. “We’re not going to be talking about closing properties midweek. We’re opening properties.” Reeg said he expects business in Las Vegas to be “beyond your wildest dreams” once the pandemic is more under control and people feel safer traveling, driven by pent-up demand.

In addition, Reeg said the $375 million Caesars Forum Convention Center has 172 events slated for next year and beyond with $600 million in banquet and room revenues on the books. He said 78% of that business is new to Las Vegas. “None of that matters if the public health situation doesn’t improve,” Reeg said. “We’re heartened by Gov. Sisolak’s recent movement toward socially distanced meeting business and his statement that he’s looking to go to 50% capacity by the beginning of 2021.” The 550,000-square-foot Caesars Forum opened in March but quickly closed due to a state-mandated shutdown.Caesars resorts are reporting midweek hotel occupancies in the mid-50% range, though weekend stays have been in the 90-plus range.

Following the acquisition of William Hill, Caesars will brand all Caesars-affiliated sports betting by the company name, though the William Hill brand “will live on” in the U.S. via third-party properties, Reeg said, as reported by Las Vegas Review-Journal.

In the Las Vegas segment, revenues declined 60% during the third quarter and adjusted EBITDA declined 83%. Five of Caesars’ nine properties there were open during the entire third quarter. As for the regional segment, same store revenues dropped 39%. Revenues for the reopened regional properties (excluding Atlantic City, Northern Nevada and New Orleans, considered destination locations, and Lake Charles due to a weather related closure) decreased 11%. 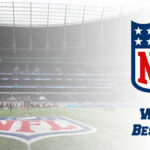 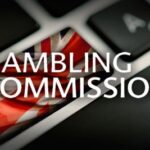