uring the Danville Planning Commission meeting Monday, the committee voted on the rezoning application filed by Caesars Virginia, LLC, to rezone the former Dan River Inc. site at Schoolfield to allow a casino there. The motion was passed with a 6-0 vote.

City Council will hold a public hearing on July 6 at 7 p.m. to vote on this rezoning ordinance, if approved by City Council, the property would be rezoned from industrial manufacturing to casino entertainment district, reports Danville Register and Bee.

If approved, the casino would adhere to its own district guidelines. However, although casinos have special lighting needs, they still must not interfere with any public roadways and comply with the code of Virginia. Rules within the district include a 70-decibel limit on outside noise between 9 a.m. and midnight, and a 50-decibel limit between midnight and 9 a.m. when measured at the property line of a residential zone. Also, a 25-foot landscaped buffer must be provided along any property line abutting a residential zoning district.

“The proposal speaks for itself,” said attorney Steven Gould, who spoke on behalf of Caesars Virginia during the public hearing on the item.

Caesars has been in the conceptual design phase of its planned project at the former Dan River Inc. site, trying to determine where the pieces of the casino resort will go at the property.

The casino resort is expected to include multiple restaurants and bars, a hotel with 300 four-star guest rooms, a 35,000-square-foot conference center, a 2,500-seat live entertainment venue, a pool, and a spa. It would also have 2,000 slot machines, 75 table games, 16 poker tables, and a sportsbook to wager on various sports competitions.

It would bring 1,300 full-time jobs once operational, in addition to 900 jobs during construction. The casino positions are expected to pay an average between $35,000 and $47,000 annually.
Groundbreaking on the project is expected by casino officials to take place in December. 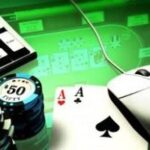