Most Las Vegas casinos are open, but with limited capacity… but some remain closed and may never open again. With the pandemic still causing issues, some players are wondering if Vegas will ever return to normal. What if this is the new normal? Additional stories we’re covering include new Las Vegas casinos on the way, and a major resort selling off a brand name!

Hello friends! And thanks for joining me on This Week in Gambling, where we’re addressing a question that’s on many people’s minds these days namely will Las Vegas casinos ever get back to normal? And I answer that question with the question: What exactly is normal?

Over the years we’ve had Rat Packs and Blue Suede Shoes! Hoover Dam and Howard Hughes! But the era of the Las Vegas mega resorts that we all know and love today didn’t even really get started until the 1990s. This week’s big story finds that the owner of the South Point Casino, Michael Gaughan, is speaking up about the pandemic and recent changes to the city. And considering he’s been in Las Vegas since 1952, when he talks people listen!

It’s his belief that Vegas won’t get back to normal until at least 2022. So basically he’s saying Las Vegas casinos will return normal when the rest of the world returns to normal… it’s just we don’t have any idea exactly what that new normal is going to look like. But that’s okay, my friends . Vegas has changed in the past, and obviously and it will continue to change in the future. Heck, it’s even changing right now during the pandemic! And not all the changes are bad.

Caesar’s Entertainment just made the announcement that they have sold their Bally’s brand. This comes on the heels of their mega merger with Eldorado Resorts and their recent acquisition of William Hill. And for those of you wondering, it’s not yet clear whether they are going to sell off their Bally’s Casino property on The Strip or keep it and just rebrand it.

Even though there are still many casinos in and around Las Vegas that remain closed (and might never open again) that hasn’t stopped new casinos from wanting to move in. Actually, video game legend Atari has big plans for Vegas. The company that brought us such arcade classics as Space Invaders, Asteroids and Centipede has plans to build a fully branded Atari Casino somewhere in Las Vegas within the next year. And for those of you that may be surprised by that news remember this: Back in the 70s some of their first game titles centered around poker, blackjack and slot machines.

Atari has plans for several hotels all across America, but only the one in Vegas will have a casino attached to it. A pretty smart move considering that their Centipede and Space Invaders games have already been made into casino skill games and are now on casino floors all across America. So will Las Vegas ever get back to normal? Maybe… maybe not. It all depends on how you define normal. Vegas has changed in the past it’s going to change in the future.

Another change coming to Las Vegas soon is one we actually shared with you several months ago when the Hard Rock Casino closed forever in January. Now the new Virgin Hotel is set to open its doors in the early part of next year, and when it does something very special is going to happen. The casino attached to the Virgin Hotel will actually be run by Mohegan Gaming… the same people who run the Mohegan Sun Casino up in Connecticut. When that happens it will be the first time in the history of Vegas that Native American gaming has a presence in the city.

And finally this week, with Las Vegas casinos still at limited capacity and many resorts not even open, now is the time that Caesars has decided to start charging their guests to park in their garage! Brilliant! Now, they’re not charging local residents to park… just out of town guess. After all, when there’s a pandemic and you’re desperate for customers, nothing says “we value your business” more than charging people to park in the garage to spend their money in their casino! 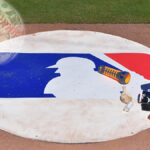 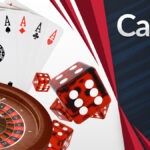