According to recent reports, the family of the late gambling tycoon Stanley Ho risks losing the concession of two of Portugal’s biggest casinos – Casino de Lisboa in Portugal’s capital, and Casino do Estoril, located in the seaside town of Cascais near Lisbon – after a rival bidder for the license to operate both venues made a higher offer.

Both casinos are currently operated by Estoril Sol SGPS SA, whose main shareholder is the Ho family. Pansy Ho, the eldest daughter of Stanley Ho’s second wife, is the chairwoman of Estoril Sol.The license to operate both casinos expires at the end of December and the Portuguese government opened an international tender in August for a new 15-year deal. The tender attracted two bids: one from a subsidiary of Estoril Sol, and another from an undisclosed suitor, reports Bloomberg.

“Overall, the competing offer had a higher value than the offer presented by our own subsidiary,” Estoril Sol said in a regulatory filing on Monday. The tenders will now be evaluated, it said, without providing details.

Estoril Sol operates the 91-year-old Casino do Estoril, one of the largest in Europe, with slot machines, a traditional gaming room, several restaurants, and a showroom with a capacity for 1,000 people. It also manages the Casino de Lisboa and the smaller Casino da Povoa, in northern Portugal, and owns online gambling and sports betting licenses.

The company’s revenue reached €133 million ($132 million) in 2021, compared with €136 million in the previous year, according to its earnings report. Finansol, a holding company controlled by members of the Ho family, owns a 57.8% stake in Estoril Sol.

Stanley Ho, the billionaire who helped build the Chinese territory of Macau into the world’s biggest gambling hub pre-pandemic, died in 2020 at the age of 98. Known as the King of Gambling, Ho has for decades held the license to operate the casino in Estoril. He also carried out several real estate investments in Portugal after its colonial rule over Macau ended in 1999. 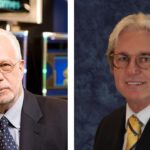 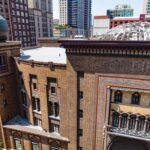