Throughout fiscal year 2021, GambetDC accepted roughly 345,000 fewer wagers than the Caesars and BetMGM sportsbooks, reports Washington Business Journal. In terms of handle, private operators also eclipsed the city-operated book during the period between Oct. 1, 2020, and the same date this year: while they accepted more than $121.1 million in bets, GambetDC only took in $42.2 million in wagers.

Private sportsbooks in the city offer bettors a limited service, as they are only allowed to accept wagers via mobile apps within a few blocks of sports arenas: Nationals Park for BetMGM, and Capital One Arena for Caesars. In comparison, users of the Gambet app can place wagers anywhere within D.C.

However, this competitive advantage has not translated into improved figures for Gambet, a fact particularly troublesome given that similar government-run sportsbooks in other US states have been able to outperform private competitors thanks to this feature.

D.C. Lottery officials have argued that the city program has suffered due to a lack of commuters and visitors in the city. However, overall interest in sports betting in D.C. has remained constant throughout time, indicating bettors are keen on betting, but not through the city’s app.

The program, first launched in May 2020, has struggled to post encouraging figures since going live. While the pandemic has been a clear drawback to overcome, bettors in the city have also pointed towards operational problems. These include unfavorable odds compared to competitors, a lack of specialized betting options, and a clunky mobile app.

D.C. officials have said that they’re working on improvements to the platform, including a revamp of the user interface and the addition of betting promotions to lure new players, further reports Business Journal.

One of Gambet’s features defenders remark on is that the app collects more tax revenue for city coffers: wagers are taxed at a higher percentage than those placed with private books. This has been confirmed by the latest statistics, as the city is set to collect less revenue from wagering carried out through Caesars and BetMGM than Gambet, even though the government program accepted a lesser volume of bets.

While D.C. will realize about $2.26 million from private bets, it will collect about $2.37 million from Gambet wagers. However, a portion of this revenue will be handed over to contractor Intralot for running the operation; D.C. is also required to use some of the revenue to offset operating costs for the company.

The city’s sports betting revenue for 2021 is set to fall far below estimates posted when D.C. legalized sports gaming. At the time, it was suggested revenues would amount to about $17 million annually for the program, while now the Lottery might even miss its revised target of $6.2 million in 2021 revenue. 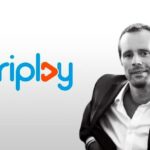 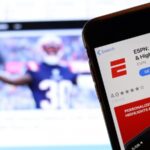