It is hard to look past Jürgen Klopp’s title defenders Liverpool when predicting who will come out on top again in the 2020-21 Premier League season. However, the Reds don’t represent value for bettors as they are odds-on to claim another victory. For this reason, it may be shrewd to consider which other teams have a realistic chance of toppling the Merseyside giants. Tottenham Hotspur have just brought in one of the world’s most potent attackers in Gareth Bale, and the Welshman has been a trophy magnet in his glittering career. Could his addition push Spurs on to an unlikely title push?

Spurs have never won the Premier League. Indeed, the last time they won the First Division was in the 1960-61 season. In recent times, Mauricio Pochettino was able to elevate the North London club so that they were recognised as regular Champions League contenders. But few have ever really thought that the Lilywhites had any real chance of winning the domestic league when up against the likes of Liverpool and Manchester City.

But Spurs have loftier ambitions than simply qualifying for Europe’s top competition each year. They installed Jose Mourinho as manager because he is someone with a proven track record of winning major silverware. At the time of writing, Spurs can be backed at 50/1 in the betting markets. These long odds suggest that bookies deem it unlikely that they will top the pile, but bettors who take a punt could be richly rewarded if they do.

Spurs Front Three Could be Lethal

Bringing Bale back to his former club on loan from Real Madrid is a serious statement of intent from the Spurs hierarchy. They only signed the player on a one-year deal, though, so for this to prove good value they need him to bring some glory to Tottenham Hotspur Stadium this term.

Bale is likely to join up with Harry Kane and Son Heung-Min in what could be the division’s deadliest front three. If the out-of-favour Real Madrid forward can recapture some of the form that has seen him win the Champions League on four occasions and the Spanish top-flight twice, defenders in the Premier League will be quaking in their boots.

The other thing to note is that Mourinho has a tendency to fare better in his sophomore season at a club. Before joining up with Manchester United, the Portuguese tactician had always won the league title at the second time of asking.

Some may believe that the former Chelsea manager’s style is becoming outdated, but it would still be dangerous to ignore this statistic. After all, it happened on five occasions at Porto, Chelsea, Inter Milan, Real Madrid, and then Chelsea again between 2002 and 2015.

Bale’s return to the Premier League is one of the most exciting stories of the season, but it remains to be seen how big his impact will be. It is a tantalising prospect to see the Welshman alongside England’s most dangerous striker, but the lack of match fitness and game time in recent seasons could be a detrimental factor that holds him back. 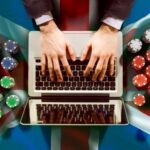