A Court of Appeals has ruled that New York fantasy sports are perfectly legal. This coming as the court found sufficient evidence that playing fantasy sports is skill-based and therefore not subject to state gambling laws.

The case had been winding its way through the system since 2016 an anti-gambling group asserted that New York fantasy sports were unconstitutional and violated gaming laws. Two lower court decisions agreed with that belief.

However, the appeals court arrived at a different conclusion all together. They found that fantasy sports are not based on chance, nor are they betting on sports events. Instead, they stated they were “independent contests of skill over” and that the participants and an influence on the outcomes.

The decision was narrow, but by a 4-3 vote the Court of Appeals concluded that New York fantasy sports were “lawful skill-based competitions for prizes”. This is an obvious victory for operators such as DraftKings and FanDuel.

An interesting part of this decision came from Judge J. Wilson, who disagreed with reasoning of the outcome. He correctly noted that other games with a skill element such as blackjack and poker needed to be regulated under state law. This ruling, he says, now treats fantasy sports differently. 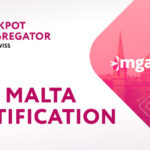 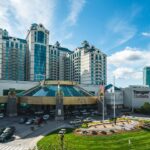