Bettors at Melbourne Crown Casino will fall under the Victorian Government’s new reforms in Australia, which require them to pre-commit to losses and time spent on poker machines. The move aims to combat money laundering following damning royal commission findings.

Under the legislation introduced in Victoria on Tuesday, all Australian residents at the casino must set a maximum limit on their losses before they begin using the poker machines, with the cap to be set entirely by the customer.

The government will give Crown until the end of 2023 to have the mandatory pre-commitments in place. As reported by ABC News Australia, Gaming Minister Melissa Horne said this is a “world-first” in a suite of reforms, and that it “needs to be fully rolled out by no later than the end of 2025.”

The limits are part of 12 measures recently introduced based on 33 recommendations from the Royal Commission into the casino operator, which found an “alarming catalog of wrongdoing” at the Victoria property.

The casino has been able to hold onto its license as long as it meets a number of conditions, including implementing the reforms now laid out. The company was recently acquired by US firm Blackstone, taking over Crown’s operations in Melbourne, Perth and Sydney.

Due to the fact that repeated breaches of money-laundering rules and links to organized crime were identified at the royal commission, the new measures also limit the use of cash to AUD 1,000 per 24 hours.

The legislation will also make it mandatory for clients to use casino-issued cards and identification to gamble or receive winnings of more than AUD 1,000. It builds on measures introduced earlier which direct Crown to only hold a single bank account for clients to deposit funds.

Other new rules include making Crown pay for the cost of regulating the casino, which the minister said was “only reasonable that for the additional level of scrutiny that Crown requires, they also should be able to pay for that.”

Moreover, any person or business looking to own more than 5% of the casino operator or its holding company will require the approval of the state’s new gambling watchdog.

Chief Advocate at the Alliance for Gambling Reform Tim Costello welcomed the news, and went further on saying that he believed the pre-commitment system should apply to all poker venues in the state.

“You can link the same system for pre-commitment to all pokies through clubs and hotels in Victoria so simply… the greedy pubs and clubs with pokies have fought this for more than a decade,” he said, according to the cited source.

Crown Melbourne has about 2,600 poker machines, nearly 10% of the 26,321 spread across the state. Government statistics show more than AUD 1.5 billion ($1 billion) is lost on these machines each year.

In a statement, a spokesperson for Crown said the company was committed to delivering safe and responsible gaming. “Crown continues to work with the Victorian Government and the VGCCC on the implementation of the recommendations of the Victorian Royal Commission”.

Crown announced recently that, after the NSW Independent Liquor and Gaming Authority (ILGA) approved the company to operate its Sydney property last month, Crown Sydney will open its casino doors in August to VIP visitors only.

The operator, which will be closely monitored by the ILGA in its activities, described its new gaming facility as “intimate,” featuring “two luxurious VIP gaming floors” and exclusive private salons. The two floors will be named the Crystal Room and the Mahogany Room, with the former opening its gaming floor on August 8, which will only be open to VIP members and their guests. Mahogany Room is set to open at a later date. 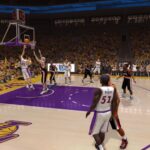 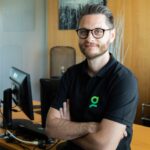