Crown’s new AUD 2.2 billion ($1.5 billion) Sydney casino opened its doors Monday to its VIP-only gaming floors. The “intimate gaming operations” will be held over the Crystal Room and Mahogany Room, as well as 12 exclusive private Sky Salons located on levels 28 and 29.

While the Crystal Room is already open, the Mahogany Room is expected to make its debut at a later date. October has been suggested as the opening date, allowing the casino to build the membership base in the meantime.

Crown Sydney CEO Simon McGrath said the company is “committed to delivering a safe and responsible gaming environment for all,” as reported by 9 News. “Crown Sydney’s restricted gaming facility has been designed with the highest levels of governance and compliance,” he assured.

“It is the only casino of its kind in Australia, with all patrons required to be a member or guest of a member and undergo comprehensive checks,” the CEO added, as the casino was granted a conditional gaming license more than a year after Crown was found “not suitable” to hold one.

The gaming operation has 160 tables, plus 66 electronic tables across the Crystal Room and 30 private salons on the Mahogany floor. As a VIP-only facility, Crown Barangaroo has no poker machines. A minimum bet of AUD 20 applies.

“The level of interest has exceeded our expectations in terms of membership,” McGrath added, according to The Sydney Morning Herald. “I think we’ll be at a pretty good pace relatively quickly. However, what’s important to us is that we do that in a very safe and responsible way.”

Crown was initially due to open the floors of the resort in December 2020, but an inquiry that examined allegations of money laundering determined that in its then-current form the Sydney resort was not suitable to hold a license.

The Independent Liquor & Gaming Authority (ILGA) thus found the gambling giant unfit to hold gaming operations, while the broader property, on Sydney Harbour’s foreshore, was permitted to open. Crown Sydney has been operating a five-star hotel and restaurant since 2020, while the casino remained blocked.

The inquiry listed at the time six major changes that would have to be made for Crown to be assessed as suitable to hold a gaming license for the Barangaroo site. These issues have seemingly been introduced, allowing for the casino to open.

Crown has now rebuilt its gaming model from the ground up, which has meant deep structural change around governance, anti-money laundering measures and corporate culture, said ILGA chair Philip Crawford. By being granted a conditional license, the regulator can still “keep a very close eye” on Crown.

US private equity group Blackstone took control of Crown on June 24 after the Federal Court approved its AUD 8.9 billion ($6.2 billion) takeover bid. Blackstone said it will work with the management team at Crown and its thousands of employees “to transform these properties into world-class entertainment destinations and continue Crown’s transformation to operate at the highest standards of compliance, governance, and integrity.” 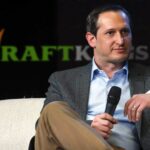 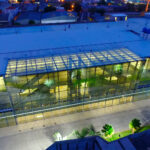