According to CEO Bob Chapek, the company has to “seriously consider getting into gambling in a bigger way,” to help drive revenue to ESPN without hurting family-oriented Disney brand, amid shifting attitudes towards gambling. It has been described as a “huge opportunity” for the company, allowing it to expand its reach to a younger audience of sports fans. It still remains fairly unclear how will ESPN and Disney get into the market.

Expanding into sports betting wouldn’t hurt Disney’s family-oriented brand, said Bob Chapek, CEO of the media giant. According to the executive, shifting attitudes toward gambling would make sports betting have “no impact” on the business.

Chapek discussed sports betting, which he described as a huge “opportunity for the company,” on an earnings call last Wednesday. The CEO acknowledged there were brand-withdrawal concerns should Disney pursue sports-betting partnerships, but that company research showed the new market wouldn’t injure the brand, according to Business Insider

“We’re also moving towards a greater presence in online sports betting, and given our reach and scale, we have the potential to partner with third-parties in this space in a very meaningful way,” Chapek said. Disney would expand into sports betting through its ESPN brand.

According to information brought up on Wednesday, Disney has found that in addition to a broader acceptance of sports betting, the general public also sees ESPN and Disney as separate brands. This would further make an expansion into betting a safer one.

The betting component is believed to offer an opportunity to strengthen ESPN, of which Disney owns an 80% stake. Sports wagering could appeal to younger consumers, which have a desire to gamble as part of their sports experience. “As we follow the consumer we have to seriously consider getting into gambling in a bigger way,” said the CEO.

While certain earnings have been under expectations for Disney, sports has been one of its brightest markets, thus presenting the company with new opportunities for growth. Streaming service ESPN+ increased subscribers by 66% over the fiscal year, reports Forbes, and 90% of the most-watched broadcast on Disney’s TV networks last year were sports events. Disney has also inked a 10-year NFL rights deal to begin in 2023.

However, despite surges in viewership, ESPN’s advertising revenue remained flat during Q4. Gambling could help the company create a new revenue stream, amid widespread approval of sports gambling from the American audience. “ESPN is a perfect platform for this,” Chapek said, adding that gambling did not have the reputation it did “10 or 20 years ago.”

This is far from being the first time Disney, and ESPN in particular, have been linked with sports betting. Last year, ESPN cut deals with betting heavyweights Caesars Entertainment and DraftKings to link their sportsbooks from ESPN.com.

In August this year, a report from Wall Street Journal revealed ESPN was holding discussions to explore a potential brand licensing deal. Both Caesars and DraftKings were mentioned as possible partners in a deal that could be worth about $3 billion.

However, Chapek didn’t fully tackle the question of how Disney and ESPN would get into the sports gambling business. Last September, this issue was brought up in an investor conference, when the CEO was asked if the company would move beyond licensing and host wagers.

During the latest earnings call, Chapek didn’t elaborate on the market expansion either. 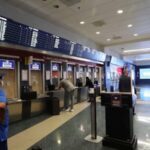 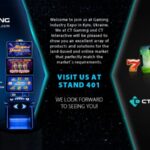