It’s arguably the biggest game in world football and El Clásico is back this weekend with both Barcelona and Real Madrid desperate for the win after unconvincing starts to the 2020/21 season.

Read on for our latest El Clásico betting predictions with Marathonbet as we look ahead to a massive game on the continent this weekend.

We’re little more than a month into the La Liga season, but the stakes couldn’t be higher heading into this early Clásico. Real Madrid cruised to a 2-0 win on 1st March in the last meeting between the two sides, but that game now seems a lifetime ago given events both on and off the pitch.

Zinedine Zidane’s side head into this as current La Liga champions after winning their 34th title (the 11th for Zizou at the club), after pulling away from Barcelona following the restart last year, but despite Barca’s problems, Real have troubles of their own heading into this game.

It was a strangely subdued summer at the Bernabéu, with precious little transfer activity for Real fans to get excited about. The returns of Norwegian midfielder Martin Odegaard (injured for this game) and Álvaro Odriozola from loan spells represent the only real fresh blood in the ranks, with stability clearly the watchword for Zidane.

If Real’s summer was deathly quiet, it’s been anything but calm at Barca, with new coach Ronald Koeman tasked with performing a major overhaul of his ageing squad.

Luis Suarez and Ivan Rakitić have both departed, while Lionel Messi has embarked on an uneasy truce with his employers after an explosive summer showdown. Koeman will be hoping new recruits Sergiño Dest and Miralem Pjanić can make an impression on their first derby outings.

The Dutchman will also be looking for more from expensive underperformers Philip Coutinho and Antoine Griezmann, with both expected to feature.

It’s a match which rarely plays to the script, and you can check the latest Barcelona vs Real Madrid betting with Marathonbet, with hundreds of different markets to choose from.

It all kicks off Saturday at 3pm, but which of these fierce rivals will come out on top?

A win for Barcelona – who have picked up just a point from their last two games – is currently a 123/100 shot, while Real Madrid are 61/25 to snatch a priceless away win at the home of their great rivals.

Both managers might be happy to settle for the draw here and move on quickly from last weekend’s defeats. It’s 14/5 for this most of passionate of derby games to finish all square.

First Team to Score – El Clásico
Will the hosts or the visitors open the scoring?

Despite their recent troubles, home advantage tilts the odds slightly in favour of Barca.

It might be early, but this meeting between the two Spanish giants could be a defining one in shaping the course of the 2020/21 La Liga season.

Given their current vulnerabilities, both managers might throw caution to the wind with an attacking approach here to gain a foothold in this match.

Remember you can keep tabs in-play on the latest El Clásico betting with Marathonbet.

Just a few days before the game starts, this is already gearing up to be a derby with a difference – with both sides looking shaky as potential La Liga 2020/21 winners.

Barca have picked up seven points from their first four games, while Real Madrid’s 1-0 loss at home to Cadiz saw them lose their unbeaten record. Zidane’s side now sit on 10 points after five matches.

Several footballers could have their first taste of El Clásico action this weekend including Sergiño Dest and Miralem Pjanić.

When is the next El Clásico (Real Madrid vs Barcelona)?

The first El Clásico of the season takes place on Saturday at 3pm, but the teams will meet again on matchday 30 (provisional date: 11th April) – only eight games out from the end of the 2020/21 La Liga season.

Keep tabs on the latest El Clásico betting tips on the Marathonbet blog.

*Odds correct at time of writing but may be subject to change. 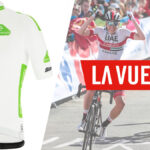