Is it coming home?

We’ll still need a little longer to answer that question, but this is arguably England’s best ever chance of qualifying for a major tournament final since 1966.

With 60,000 fans set to be roaring them on at Wembley, Gareth Southgate’s men will have everything in their favour as they look to emulate Sir Geoff Hurst and co in lifting major international silverware on home soil.

Before they can think about that, a determined Denmark will be out to play spoilers in North London.

Read our full England vs Denmark betting preview below…

Fancy England to win to nil on Wednesday night at Wembley?

Is this the moment England’s exciting young generation come of age?

The Three Lions are now 77/50 to mimic 1966 by lifting major silverware on home soil after they fired a warning shot to the rest of the competition with an emphatic 4-0 win over Ukraine.

Gareth Southgate’s line-ups have been the source of plenty of debate at this tournament, but he got the balance just right again as a pragmatic first half performance gave England the foothold they required to turn on the style in the second half.

Harry Kane’s early strike calmed any nerves at the Stadio Olimpico before an aggressive second-half display saw England move out of sight, with the Tottenham man taking his tally to three tournament goals. That means he’s now level with Raheem Sterling as England’s top scorer at this competition and both could now be in the Golden Boot mix with several of their major rivals already flying home.

Denmark might be 23/5 outsiders to pull off an almighty Wembley shock, but the Red and Whites can’t be discounted after a spirited fortnight following their traumatic opener against Finland.

Christian Eriksen’s upsetting exit from this tournament has undoubtedly had a galvanising effect in propelling Kasper Hjulmand’s side to post a best competition finish since 1992, but they’ve also shown they have the individual moments of attacking quality to fight on without their talisman. Southgate will be conscious that this fearless Danish side could have the tools to unsettle his previously impenetrable backline after seeing them notch up 10 goals in three games.

Denmark manager Kasper Hjulmand has the benefit of one Wembley win under his belt as he preps for this game.

His side took full advantage of a Harry Maguire sending off when the sides met in the Nations League last October, pulling off a surprise 1-0 win to severely dent England hopes of a second successive finals appearance in that competition.

While Hjulmand’s squad can’t necessarily compete with England on pound-for-pound star wattage, they’ve already proven they have the resolve and flashes of quality to make this a tough watch for fans of the hosts on Wednesday night.

Gareth Southgate’s side may need to prepare themselves for something of a chess game here as they look to make history at Wembley.

Odds correct at time of writing but may be subject to change; all tips and odds shown based on 90 minutes play unless otherwise stated. 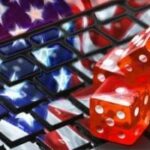 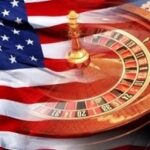