England vs Germany at Wembley.

It simply had to happen, didn’t it?

The Three Lions take on their old foes in North London next Tuesday knowing victory would open up a favourable path to reach this summer’s final, but after a relatively unconvincing showing from both nations in the group stages, this looks set to be a nervy renewal of the longstanding rivalry as the two nations meet for the first time since 2017.

Are you in need of some England vs Germany betting tips ahead of one of the biggest games of the Round of 16?

With home advantage in their favour, and Germany hardly making life comfortable for themselves before sealing qualification from Group F, England start out as 41/25 favourites to record a long overdue home win over Die Mannschaft on Tuesday night.

Gareth Southgate’s men would be breaking with history to achieve that feat, given the Germans’ formidable record at the home of English football.

Forget ’30 years of hurt’. England would be in danger of closing in on a half-century winless streak against the Germans at Wembley if they fail to seize the opportunity to claim a historic win in this Round of 16 contest.

An inexperienced Three Lions squandered the opportunity to end that run in a low-key 0-0 friendly draw between the nations in their last meeting back in November 2017, while Gareth Southgate slipped to his first defeat as England manager earlier in the same year as Lukas Podolski signed off from international football with the only goal in a 1-0 win in Dortmund.

One thing that changed since these sides last met in a truly competitive arena is the widespread use of VAR and goal-line technology. England fans will be hoping any in-game controversies can be ironed out smoothly here with memories of that ‘ghost goal’ in 2010 still enough to haunt even the most battle-scarred of Three Lions supporters.

At 2-1 down just before half time of their World Cup Round of 16 meeting, Frank Lampard’s lofted strike could have changed the entire shape of that knockout contest. It wasn’t to be as the officials failed to spot the ball had crossed the line and Germany would eventually run out comfortable – and deserved – 4-1 winners.

However, there are grounds for optimism that this could finally be England’s time to get one over their great rivals – provided they can start well.

Gareth Southgate has been criticised in some quarters for his safety-first approach at this summer’s tournament, with the positive of his side picking up three clean sheets in the group stages negated by the sense the 50-year-old could be doing more to weaponise his wealth of attacking options.

The England boss will have an interesting tactical dilemma to ponder in the early exchanges here, however, given a high-tempo start could well be the Three Lions’ best shot at reaching the quarter-finals.

Germany have been slow starters throughout this summer’s tournament, conceding in the opening 20 minutes in all three group games and have also failed to keep a clean sheet in any of their last six matches in all competitions.

With England keeping their opponents at bay in eight of their last nine games, it seems unlikely Southgate will shift gear from his natural conservatism too much at Wembley, although the eye-catching individual displays of Bukayo Saka and Jack Grealish against the Czechs will give pause for thought as he ponders the boldness of his starting XI against the Germans.

With a partisan home crowd to cheer them on, consistent current form and arguably the better bench to switch things up here, England have everything in their favour heading into this epic R16 meeting.

The unanswered questions are whether this young squad has the mental maturity to cope with any difficult moments – and whether Southgate has also improved his game management skills in a knockout environment after that chastening Croatia defeat at the 2018 World Cup.

Whatever plotlines develop, it’s going to be ‘bite your fingernails’ time watching the hosts try and re-write history. 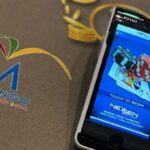