ictoria Gate Casino in Leeds is facing regulatory action and has been mandated to pay a £450,000 (USD613K) fine after an investigation revealed social responsibility and anti-money laundering failures at the business, announced the UK Gambling Commission on Wednesday.

VGC Leeds Limited, trading as Global Gaming Ventures, will pay the money as part of a regulatory settlement agreed with the Commission. According to the UKGC, the casino failed in identifying and managing customers “who were at higher risk” of money laundering and gambling-related harm.

“These failings were identified as part of our ongoing drive to raise standards across the whole gambling industry,” said Helen Venn, Commission Executive Director. “All operators should be very aware that we will not hesitate to take action against those who fail to follow rules that are in place to make gambling safer and prevent it from being a source of crime.”

According to the Commission, on 24 October 2019 VGC was notified of a review of its operating license, which revealed the casino had breached certain conditions.

“VGC cooperated with our inquiries throughout the course of our investigation and has accepted that the implementation of its policies and procedures in respect of AML and safer gambling were not effective,” said the regulatory body in a statement. The casino has accepted that it failed to act in accordance with the conditions of its operating license between January 2017 and July 2019.

VGC is now set to pay £241,000 to represent divestment of the amount of financial gain accrued as a result of the accepted failings, and a further £209,000 in lieu of a financial penalty. It will also pay Commission costs of £21,578.17.

“Consumer protection should be an operator’s main priority and we would advise every gambling business to read today’s public statement so they do not make the same mistakes as VGC,” further said Venn.

The Commission also detailed specific problematic instances in which VGC failed to act accordingly. One customer incurred losses of £275,000 over 22 months before the casino requested source of funds evidence, and when information was finally sought, the operator relied on a tax account which couldn’t support the affordability of the customer’s losses.

Another customer, who incurred in total losses of £93,294 on their account since registering in February 2017. VGC requested the customer provide proof of source of funds in March 2018, within seven days. The customer did not submit copies of bank statements until seven weeks later but was permitted to continue to gamble at VGC’s premises throughout that period. The origin of the funds were not verified. 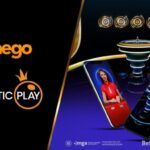 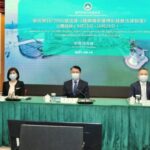