RAS Technology Holdings, the Australian company behind Racing and Sports, announced Tuesday it has signed an expanded, $5 million deal with its partner Entain, which will see RAS provide the London-listed company with new thoroughbred content from major racing jurisdictions along with international greyhounds, enhanced by RAS Tech’s analytic data and live feeds.

Entain will also have access to RAS Tech’s global Ratings framework as part of the deal, allowing Entain’s trading team to develop mathematical modelling and pricing feeds across multiple jurisdictions.

RAS operates across 30 countries, with its data driving the offerings of Sportsbet, Tabcorp, Bet365, Betfair, BlueBet and the Entain-owned Ladbrokes, among others.

In an official press release, Entain Australia CEO Dean Shannon said it made “complete sense” to expand the partnership with RAS, given the reliability and consistency of its high-quality data and live feeds. “Entain Australia prides itself on being customer centric and it is crucial we provide the best, most accurate and up-to-date information, displayed in an easily accessible format”.

“Racing and Sports have a strong heritage in this space, but importantly they are always looking to innovate and enhance their offering, which mirrors the mindset of Entain”, the CEO said.

Racing and Sports CEO Stephen Crispe also welcomed the deal, saying the company was thrilled to have secured a long-term partnership with Entain. “There is an appetite to present data, whether it be thoroughbred, harness or greyhounds, in a more innovative way, while not forgetting those enthusiasts who enjoy studying form on all three codes in a more traditional way”.

“Over the years, Racing and Sports has independently collated historical data from all corners of the world and we are now finding this data is useful for the traditional bettor but can also be visually presented for the new or causal bettor and we pride ourselves on listening and meeting the needs of our customers”, Crispe concluded.

As a premium data, enhanced content, and SaaS solutions provider to the global racing and wagering industries, RAS set a new record in 2021 as the highest-grossing year ever for the US commercial gaming industry, reaching $53 billion in revenue according to the American Gaming Association, a gain of 21% from the previous year.

RAS also recently announced its first major partnership in the UK. A long-term contract with the Greyhound Board of Great Britain (GBGB) will see the RAS overhaul the GBGB’s database capabilities to help the governing body monitor and record all greyhound racing fixtures in the UK. It will also provide a suite of enhanced form and analytical products to improve the GBGB’s commercial relationship with sports book and media partners. 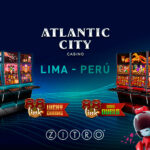 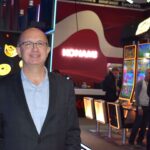