The Europa League is back, with a place in the quarter-finals at stake for the 16 sides still left fighting it out in this season’s competition.

Of course, given the extended break, plenty has changed since several of these sides last met – so could that lead to a few surprise scorelines?

Getafe to cause Conte concern in Cologne

It’s the end of another season, which must mean it’s time for an angry Antonio Conte meltdown.

True to form, the Inter boss looks to be on borrowed time with the Nerazzurri despite guiding them to within one point of champions Juventus in his first full season in charge.

The former Chelsea boss is hardly backwards at coming forwards and reports suggest his frustrations with his employer’s current transfer policies are bubbling over (sound familiar?). That adds an interesting sub-plot to this straight knockout tie on neutral territory in the Round of 16.

Getafe were guilty of ‘doing a Leicester’ in La Liga as their promising Champions League charge petered out post-lockdown. They slipped to an eighth-place finish after ending the season with no wins from their last six games, but don’t back against them taking advantage of the tensions behind the scenes at Inter to at least cause a few problems here.

LASK to make the most of their free hit

With an almost impossible task in their in-tray, Austrian minnows LASK have very little to lose as they head to Old Trafford. They take on a Red Devils side looking forward to leaving this competition behind in 2020/21 after securing Champions League football.

The luxury of a 5-0 lead for the home side means this game could to all intents and purposes be a spot of light training for Utd ahead of harder tasks to come.

That could give LASK the chance to draw first blood in Manchester as they look to put their first-leg horror show behind them. The Austrians performed admirably in this competition earlier in the campaigns, notching wins against the likes of PSV, Sporting and AZ in earlier rounds. They’ll want to leave this tournament with their heads held high after making a decent fist of it get to this point. Expect them to go for broke early in this one as they look to restore some pride.

Shakhtar to shine against out-of-practice Wolfsburg

The hosts hold a 2-1 advantage heading into this game, but beside those precious away goals and a first-leg lead, it’s match fitness that could be Shakhtar’s biggest asset here. The 2008/09 UEFA Cup winners have been playing right up until this fixture, are unbeaten in their last nine, and tend to be impenetrable at home in this tier of European competition.

For Wolfsburg it’s a different story. Their last competitive outing was a 4-0 hammering by Bayern Munich on the Bundesliga final day, played over a month ago. Shakhtar’s ruthless streak could ultimately tell here if Wolfsburg are slow out the blocks.

The new power on the throne in Turkey now have a chance to make a splash in Europe as surprise Süper Lig champions Istanbul Basaksehir look to build on the professional 1-0 win they recorded at home in the first leg.

A watertight defence was the key to their title success this season, shipping just 34 goals in 34 games, and Danish champions FC Copenhagen will need to work hard to find a breakthrough as the two sides resume rivalries on Wednesday afternoon.

One thing is guaranteed here – history will be made. One of these sides will reach their first ever European quarter-final. Back Basaksehir not to pass up the opportunity to chalk up another milestone in the short 30-year history of their club.

Wolves to be kept waiting at Molineux

Wolves’ epic European adventure continues, but this game now takes on a whole new complexion after Arsenal’s FA Cup win. Nuno’s side have the narrowest of routes to European football next season, one that would take them into the Champions League by winning this competition. Anything else, and it’ll be a far lighter schedule for Wolves next season.

Wolves need to be wary. The away side ended their domestic campaign in free-scoring form, and showed nerves of steel in knocking out Arsenal at the Emirates in extra-time earlier in this competition. It could be an anxious night for Wolves fans watching on the sofa.

Back a borefest in Basel

Eintracht Frankfurt’s return to European action could be a short-lived affair as they travel to Switzerland looking to overturn a damaging 3-0 home defeat in the home leg.

A poor campaign in the Swiss Super League which saw them finish third and 12 points behind champions Young Boys means Basel are sure to be fully invested in reaching the quarter-finals for the first time in six seasons in this competition.

Don’t expect them to do anything stupid here knowing their lead looks virtually unassailable. Much will depend on how fired up Frankfurt will be should they fail to make any early in-roads here. Get ready to hit the Snooze button if you’re planning on watching this one – not that Basel will care.

Bayer to ramp up slowly against Rangers

Steven Gerrard and Rangers face an uphill task to turn this tie on its head with a 3-1 deficit to claw back as they travel to Germany.

The Gers may just be helped by the timing here, after picking up some much-needed match-sharpness in their hard-fought 1-0 win at Aberdeen. Bayer have also taken a risky approach to their preparations for this one by opting not to play any friendlies outside of club training games. That could see the Germans start a little sluggishly.

Can Rangers exploit any signs of ring rust?

Gerrard’s side have a chance to test Bayer’s resolve in the early stages here.

Sevilla and Roma to serve up a thriller

One of only two Round of 16 games being played as a straight knockout tie after the first leg was curtailed by the Covid-19 pandemic, Sevilla vs Roma could be all the more entertaining for it.

Both of these sides have turned on the entertainment in their Europa League campaigns so far, with Sevilla scoring two goals or more on four occasions in this tournament to date.

Roma aren’t far behind in that regard, finding their shooting boots in all of their Europa League games this season.

That cavalier approach from both sides could make this an absolute classic as they meet on neutral territory in Duisburg.

Follow the end of the 2019/20 football season with Marathonbet’s 0% margin* offers on the Europa League, Champions League and various tournaments this summer. Find out more about 0% margin here.

*Margin applies to certain pre-match markets only. Exact margin subject to fluctuation around 0%. 0% margin means the bookmaker takes no commission on the proposed markets, making the odds offered more favourable for the customer.

Who are you backing to win this year’s Europa League? 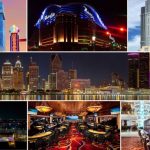 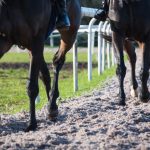