European Lotteries (EL) called for consumer protection and clear guidelines on digital developments in the gambling and gaming sector, as the rapid growth of technologies of digital transformation such as artificial intelligence and new forms of online entertainment continue to emerge.

EL’s call was made during a special event in the European Parliament on Wednesday. A legislative framework on AI and an own-initiative report of the European Parliament related to eSports and videogaming and consumer protection are being prepared by the EU institutions. Although these can be used to enhance player experience, they are expected to “come with responsibilities”, as the European Lotteries said in an official statement.

“EL welcomes a number of provisions foreseen in the Digital Services Act (DSA), namely on content moderation and notice-and-action rules, which will be of use in the fight against illegal and irresponsible online gambling and gaming offerings”.

EL emphasised that the need for consumer protection and clear guidelines in the further development of these dossiers that are “close to the heart of the lottery sector”.

The EU Court of Justice confirmed on several occasions that restrictions in the gambling sector are justified for reasons of public order, public security, public health, or the overriding reasons in the public interest, such as consumer protection, combating fraud, crime or squandering of money.

This month, EL also hosted the 9th edition of the European Lotteries (EL) Industry Days, which highlighted the importance of core lottery values such as responsibility, sustainability and integrity, all for the benefit of society. During the Industry Days —which took place from June 13 to 15 in Wiesbaden, Germany, and was hosted by IGT & LOTTO Hessen and Scientific Games— an Environmental Initiative was launched by EL, emphasizing the importance of sustainability in the lottery sector as more and more companies around the world are currently integrating sustainable practices into their business models, and lotteries continue to play a crucial role.

Rules are being tightened across the continent. The United Kingdom’s Gambling Commission announced in April new rules to ensure online gambling businesses do more to identify and take action to protect consumers at risk of harm, and a new consumer protection guidance was published this week to help them comply with the changes coming into effect in September.

The new guidance provides further information for remote gambling companies on issues such as identifying vulnerable customers, indicators of harm such and their importance, when to use automated systems and processes, and how to evaluate the impact of customer interactions. 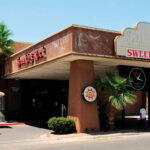