A Tallahassee judge agreed on Wednesday to conduct an emergency hearing to consider evidence that the Seminole Tribe of Florida may be attempting to sabotage a Las Vegas Sands-backed constitutional amendment asking voters to approve a gaming expansion. During the hearing, a petition for an emergency restraining order against Seminole-backed entities allegedly coercing signature gathering was denied.

According to a lawsuit filed last week in Leon County state circuit court by Sands, the tribe tried to block the company from gathering nearly 900,000 signatures needed to get a gaming expansion measure on the 2022 ballot. The amendment would allow existing card rooms across Florida to become casinos if they are located 130 miles from tribe-owned facilities. Moreover, Sands proposes authorization for three new casinos to conduct Vegas-style gaming in the state.

Should these changes be approved, they would undercut the Seminoles’ monopoly on casino gaming. Thus, Sands claims that, since it launched the petition drive in June, it has faced a petition-blocking effort allegedly financed by the tribe.

First reported by Politico last week, these alleged sabotage efforts include paying petition-gathering firms to not work in Florida, hiring workers to interfere with petition gatherers and running an informal signature-gathering operation aimed at confusing voters. In their lawsuit to groups linked to the tribe, Sands claimed “tortious interference with business relationships.”

“In addition to their coordinated harassment and intimidation campaigns, parties acting on behalf of the Seminole Tribe are ‘paying off’ contracted petition circulators as part of a scheme to ensure such circulators do not perform the tasks they have been contracted to provide to the Plaintiffs,” reads part of the lawsuit.

During a 30-minute hearing last Wednesday, attorney James McKee told Leon County Circuit Court Judge Angela Dempsey that every day that goes by, “people are being poached” and “paid off to leave the state.”

“For what purpose? For the sole purpose of trying to not have the requisite number of signatures obtained between now and Dec. 30,” added McKee, according to Miami Herald. “We’re only 22 days away at this point. The whole game is to try to get as close to Dec. 30 as possible, while they continue to do their obstructionist and sabotage activities.”

McKee urged Dempsey during the Wednesday meeting to order the tribe’s clients to halt the petition-blocking immediately. The judge denied a request for a temporary injunction, and set two hearing dates: one on Friday to hear a motion to dismiss the case, brought by clients hired by the tribe; and a second hearing for Tuesday, December 14, to hear the request from Sands for an injunction against the group’s petition activity.

Sands has until December 30 to finish gathering the required signatures in order to give election officials in each county enough time to validate the authenticity of the signatures. Should this occur, ballot measures could be placed on the ballot by the February 1, 2022, deadline. 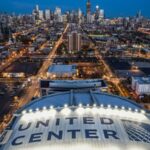 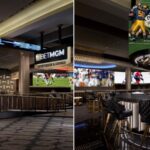