This weeks show is bursting at the seems with gambling news, including how Florida sports betting now legal, but not a casino in the state is accepting any bets! And when it comes to New York mobile betting there have been no licenses issued yet, even though the state says everything will be up and running by next February! And then there is Connecticut online gambling, which went live last week on a limited basis.

Florida sports betting is now legal. However, none of the casinos in there will take your action! Why? Well it seems there’s these three little lawsuits lurking about which aim to put an end to betting on sports in the state before it ever begins! Back in June we reported on this case, and how the accusations were flying that Florida’s agreement with the Seminole Tribe was somehow corrupted, and/or had been hijacked by non-tribal interests… all of which has led to these three lawsuits which are now gumming up the works.

One of the lawsuits is scheduled to go before a judge in just a few weeks on November 5th. Now if the judge were to throw this case out (as some believe he or she might do) then we could see Florida sports betting in as little as two months! However, if the judge allows the case to move forward then we could be in for years and years of fighting! We could see this escalated all the way to the US Supreme Court before anything is settled!

Meanwhile, Connecticut online gambling has launched… sort of. Last week they did a ‘soft launch’ and allowed just a few people to come on and play and test the system. But, if everything worked properly — and the system functioned as it should — then residents of Connecticut could expect to see the State Lottery and the Tribal Gaming interests there throw open the doors to their online casinos as soon as this week!

And while we wait for the launch of online gambling in Connecticut, we’ve also been waiting for the launch of mobile sports betting in New York State. We’re told it’s on the way… sort of. The state originally said they would have mobile sports betting up and running before the Super Bowl in February. Now, however, some in the state are starting to wonder if they can actually meet that deadline.

New York has until December the 6th to choose just two sports betting providers who will then power a smattering of white label sites within the state. And all it’s going to cost them is $25 million right up front… plus 50% in taxes each and every year. But hell, I guess it’s worth it… sorta.

This week’s game review is a big one… literally! Over 20 minutes long! As we take a look at the new Invaders Attack from the Planet Moolah slot machine! A follow-up to the player favorite and released by the good folks at Scientific Games! It comes with all the classic features, such as cascading reels, a spaceship bonus, free spins, and that elusive Unicow Jackpot… which we show in its entirety… all 150 spins of it! You can find this video review and hundreds more when you visit and subscribe to our YouTube channel.

And finally this week, a very happy belated birthday to all our friends at the Mohegan Sun Casino, who opened their doors originally way back in 1996. That makes them 25 years old! So the next time you’re in Connecticut, drop by and tell them J.Todd said, “Hey! How you doing?” And stay tuned for more updates on Florida sports betting as they develop next month. 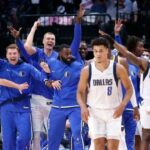 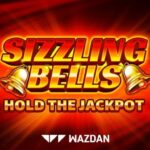