The fight for Florida sports betting is an important one, as the has the potential to be the third largest market in America. So naturally, there are going to be a few punches thrown with so much potential profit at stake for years to come. Enter the contenders: The Florida Seminole Tribe vs. everyone else, with everyone else being represented (for the most part) by the Sands Corporation.

A recent Federal Court decision put an end to an almost-but-not-quite monopoly on sports betting in the state by the Seminoles. And now, the whole ugly mess is mired in a lawsuit that seems to grow more and more ugly each week. Now, the state Supreme Court is set to mull a considering a constitutional amendment to add casino games, including sports betting, to pari-mutuel gambling operators.

To get this far, the groups gathering signatures via petitions have accumulated more than the 223,000 required to have the State Supreme Court conduct a judicial review of the matter. However, to get Florida sports betting on the ballot so that the voters can decide the fate of sports betting in the state will require well over 890,000 by February 1st. Whether of not they can achieve that number seems to be up for debate, although representatives of those running the petitions don’t seem concerned. They note that the 223,000 signatures reported are only those which have been validated so far, not the total number they have gathered.

But this is not the whole story. The Seminoles oppose this proposed ballot measure, of course, and several days ago a committee with links to the tribe accused those who support the measure of  “widespread, election-law conspiracy” while trying to gather those coveted signatures, as reported by CBS 12. Add to this melodrama the accusations of those who support the measure that the Seminoles are trying to illegally “sabotage” their petition drive paying off those trying to gather signatures for petitions, and we have all the makings of a Jerry Springer show.

So grab your popcorn, kids. This Florida sports betting throw-down is a hell of a fight… and who knows what twists and turns await us! 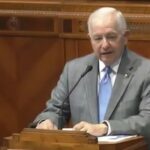 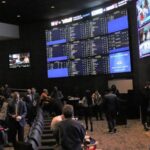