The Florida sports betting and Tribal Gaming agreement with the Seminole Tribe is barely a week old, yet already there are calls for the Federal Government to step in and stop it! But since there are Tribal casinos are in 30 states (with more on the way), the outcome of this fight could have consequences for more than Florida! Additionally, there are now even more Tribal Gaming interests on the Las Vegas Strip!

Hello friends, and welcome to This Week in Gambling, where we’re looking at sports betting and Tribal Gaming troubles in the state of Florida! And that is this week’s big story! Now before we get started, some of you out there may be wondering why anyone outside of Florida should care about gambling and politics down there. A very fair question with a very simple answer: Currently there are Tribal casinos in 30 American states, and Las Vegas has a growing Tribal Gaming presence. Plus, with Florida being the third largest state in America by population, what happens down there could affect gambling all across the country.

That said, you may remember that sports betting legislation just passed in Florida when an agreement was reached between the governor’s office and the Seminole Tribe. Enter the Mayor of Miami Beach who wants the federal government to step in and kill this deal before it ever gets started. The mayor says this new agreement is corrupt… the mayor says this new agreement was hijacked by non-tribal interests… which begs the question: Is this the mayor’s first day in politics?

Honestly, it seems that the mayor of Miami Beach may simply be an idiot. Not my words, but the governor’s words. The governor went on to challenge the mayor to point out exactly which parts of the agreement were ‘corrupt’, and which parts of the agreement had been ‘hijacked’. While we wait for the mayor to respond and for federal approval of Florida’s new sports betting legislation. Connecticut is also waiting for federal approval on their sports betting agreement with tribal casinos in that state.

And let’s not forget that mobile sports betting in New York just hit a snag with Tribal Gaming interests in that state. But let’s just hope that all these things are simply growing pains. And speaking of growing, Tribal Gaming has a growing presence in Las Vegas. You may recall that the Palms Casino in Las Vegas was recently purchased by the San Manuel Band of Mission Indians. Or, that the Virgin Las Vegas Hotel has a casino attached which is run by the Mohegan Tribe. But now, Las Vegas may get Tribal Gaming right smack on The Strip!

The Three Affiliated Tribes of North Dakota just purchased nearly nine acres near the Mandalay Bay. But no decision has been made just yet on how to develop it. They could put up a mega casino, or they could pave it and put up a parking lot… you know, with a pink hotel and a boutique… and a swinging hot spot.

This week we have two new game reviews to share with you, and both are golden! First up it’s the Alchemy Fortunes slot from Microgaming… a volatile 7 reel, 7 row Cluster Pays game with Cascading Reels and the Hyperclusters feature. Next up, it’s Gold Pile: Toltec Treasures from Playtech, a 5 reel, 25 payline slot with a bonus round, bonus spins, and wild and scatter symbols. Both reviews and hundreds more are available right now on our YouTube channel.

And finally this week, on our last show I told you that Las Vegas buffets were making a strong comeback. And this week I’m here to tell you that if you’re feeling particularly adventurous, or you really like to gamble, the buffet at Circus Circus is also open now. Of course, you may want to avoid going on any rides after you eat… you know you don’t want to grow up but if you’re eating at Circus Circus, vomit may just be in the equation. 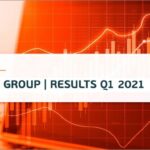