Just as Jake Paul had started calling everyone out after his spectacular knockout win over Nate Robinson in the Tyson vs Jones undercard last month, his brother Logan Paul has stolen the spotlight.

In a surprise but not shocking announcement on Sunday, boxing all-time great Floyd Mayweather Jr. announced that he will be fighting YouTube star Logan Paul in an exhibition boxing bout to be held in February 20, 2021:

The fight will be shown live via pay-per-view and distributed via the website FanMio with four price tiers beginning with an early bird special that will cost $24.99 until December 28th. The venue for the event is still to be determined while there is still no word as to what weight class this bout will be contested at. Despite that, Mayweather has opened as a mammoth betting favorite over Logan Paul.

Perhaps the main question surrounding this bout is at what weight will these two fight at because physically, there’s a big size difference between these two. Not only is Logan Paul four inches taller than Floyd Mayweather Jr., but the YouTube star is also a much heavier fighter.

It can be recalled that in Logan Paul’s only professional boxing match, he weighed in at 199.4 pounds. That bout was fought at the cruiserweight division which has a weight limit of 200 pounds. During their exhibition match in 2018, Logan Paul was listed at 189.6 pounds.

Meanwhile, Mayweather has fought as high as light middleweight during his boxing career but the heaviest he’s tipped the scales at was 151 pounds when he faced Miguel Cotto in 2012. Most of Floyd’s bouts were contested at welterweight which has a weight limit of 147 pounds. In his most recent boxing bout against MMA superstar Conor McGregor in 2017, Mayweather weighed in at 149 pounds for the light middleweight contest.

According to online sportsbook BetOnline.ag, Mayweather is a heavy -5000 betting favorite to beat Logan Paul who is currently listed at +1500. If you translate Mayweather’s odds to win probability, that’s 98.04 percent while Logan Paul’s numbers have an implied win probability of 6.25 percent, which may be too high if you look at the boxing track records of these two personalities.

Mayweather is one of the greatest boxers ever, and TBE ( the best ever ) to some, including himself. He has a 50-0 career record and has won 15 world titles including 5 Ring and 4 lineal championships. Boxing’s biggest draw ever, Mayweather owns victories over the likes of Canelo Alvarez, Manny Pacquiao, Oscar De La Hoya, Miguel Cotto, Shane Mosley, and the late Arturo Gatti among others. He is also 1-0 in exhibition boxing matches with his 2018 win over Tenshin Nasukawa.

Meanwhile, Logan Paul has a short and forgettable boxing career. He fought fellow YouTube artist KSI to a majority draw in a white-collar boxing match in 2018. The two then fought in an officially licensed boxing match in November 2019. Logan Paul lost the bout via split decision. So officially, Paul is 0-1 but then again, this is just an exhibition boxing match.

But while this is a mismatch in terms of boxing resume, this is a very even match in popularity which puts it in line to be an instant pay-per-view hit. Mayweather is boxing’s biggest PPV draw while Logan Paul is one of the most followed personalities on YouTube. When you combine both, it’s a recipe for money and that’s why Mayweather is very much interested in doing this.

Floyd Mayweather and Logan Paul will fight in an exhibition match on Feb. 20.

Top Selling Fights for Each:

Mayweather owns the Top 4 highest-grossing PPV events in combat sports. His 2015 bout against Manny Pacquiao is the biggest ever at 4.6M PPV buys. Floyd’s 2017 fight against Conor McGregor netted 4.3M hits while encounters against De La Hoya and Canelo Alvarez are third and fourth at 2.4M and 2.2M buys, respectively.

On the other hand, Logan Paul has a massive following totaling 56M across different platforms. His YouTube channel is his biggest outlet with 19.9M subscribers and over 4.8B total views. In 2019, he was ranked by Media Kix as the world’s third-biggest social media influencer. 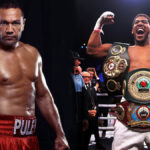 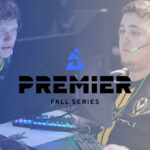