Flutter Entertainment announced Thursday it has launched the Global Advocacy Programme, an initiative led by members of its Executive Committee, to champion different diversity groups and amplify their voices on a global scale. The move is set to drive forward the group’s DE&I strategy, which the company described as “a core tenet” of the Work Better pillar of its global Positive Impact Plan.

“Our Executive Committee understands that actively listening reduces the risk of being removed from the daily experiences of colleagues, in particular those from marginalised groups. Listening to colleagues and developing an awareness of their lived experiences will enable us to advocate for them and strengthen our ability to support and promote change,” the company officials explained in a press release.

The executives further commented that the new programme will help them to understand how the company’s DE&I policies are impacting colleagues and ensure that the strategy is moving the group in the right direction. “The programme will draw on the insights of colleagues, with the Executive Committee using the learnings to oversee the co-creation of an action plan on common themes that can drive scalable and meaningful change across Flutter, ensuring continued progress against our Positive Impact Plan,” the company further explained.

Commenting on the announcement, Phil Bishop, Chief People Officer at Flutter, said: “At Flutter, we strongly believe the work of Diversity, Equity and Inclusion starts at the top, which is why our Executive Committee will be using their voices to advocate and drive meaningful, long-lasting cultural change.”

“The Global Advocacy Programme will be central to achieving our mission of understanding the lived experiences of colleagues across Flutter, particularly those from marginalised communities.  In addition to delivering against targets set out in our Positive Impact Plan, the programme will work to remove barriers and obstacles while meaningfully closing experience gaps so there’s a level playing field for everyone,” he concluded. 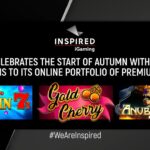 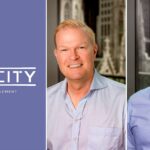