Through the multi-year agreement, Fubo Gaming has now become the Houston soccer club’s official sports betting partner, as the parties announced on January 20. The deal also represents the first sports gaming partnership for the Dynamo and Houston Dash of the National Women’s Soccer League.

For the 2022 Major League Soccer and NWSL seasons, the partnership will include logo branding on Dynamo and Dash training tops, broadcast-visible signage, prominent brand placement at PNC Stadium in East Downtown, a presence in the club’s TV and podcast programming, and more.

The deal also gets Fubo Gaming access to the Texas market if and when sports betting legislation passes through the Texas Legislature, the company stated. Fubo Gaming’s sports betting platform, Fubo Sportsbook, made its debut late last year by launching in Iowa and Arizona.

Sports betting is not legal in Texas, but the Dynamo and Dash aim to expose fans to Fubo Gaming through marketing activations and brand visibility throughout the upcoming season. The Houston Dynamo are set to open the 2022 season at PNC Stadium on February 27, with a matchup against Real Salt Lake.

Houston Dynamo FC President John Walker spoke in an official press release about this new partnership and said: “Fubo Gaming is at the forefront of the sports gaming industry and will be leaders in shaping how we enjoy sports in the years to come. We look forward to working with their industry experts to deliver best-in-class experiences for our fans and continually improve the fan experience as the landscape evolves.”

Scott Butera, president of Fubo Gaming, added: “Partnering with the Houston Dynamo Football Club for market access in Texas is a major milestone for Fubo. Texas has an incredibly enthusiastic community of sports fans and will ultimately become one of the largest sports betting markets in the U.S.” 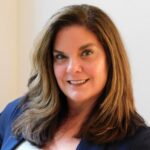