One month ahead of the most important in-person industry event of the year, the authorities of SAGSE and the Global Gaming Expo (G2E) have now signed an agreement to benefit and reward the efforts of Latin American operators who travel to Las Vegas to participate in the international show, which will be held on October 10-13.

Thus, G2E and SAGSE once again reached a bilateral promotion agreement for their events, where the main objective is to encourage the arrival of key operators in the region by launching a new benefits program called Platinum Club.

Alan Burak, vice president of Monografie and organizer of SAGSE, said: “This program is exclusive for those Latin American operators whom we have been working with for some time now, and provides an added value and a VIP experience within the most important event of the year.”

To access the personalized passes, interested operators must request their participation in the Platinum Club program from Alan Burak, via email at [email protected], or via WhatsApp at (+54) 9 11 6245-5985.

Some of the benefits of this initiative include:

The organizers also clarified that in the case that participants purchase a conference pass, they will be able to access a feature that will allow them to be located in preferential seats in the halls where the conferences will take place.

“The industry has evolved, and we are at a stage in which personalized attention and VIP treatment are invaluable,” Burak stated, and added that “this agreement makes clear the intention of both organizations to work together, seeking to accompany the industry in the best possible way.”

“At SAGSE we are at the disposal of the industry to serve the Latam operators who attend the event, and collaborate with all the logistics inside and outside the Las Vegas show. In addition, we will provide the passes to the G2E Platinum Club,” the executive concluded.

It should be noted that a few weeks ago SAGSE successfully held its second edition in Miami, making its way to upcoming events in the United States and throughout the region, under the “Pure Networking” format. 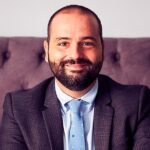 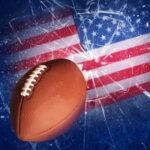