As our friends at the American Gaming Association begin to tall the numbers, it’s clear that gambling in America will set a new high mark. They’ve only been able to add up the figures through November, but with just 11 months counted the total is already beyond anything they’ve seen before.

With Decembers numbers still pending, revenue for gambling in America in 2022 has already reached more than $54.9 billion. The previous record was set at $53 billion in a year, so the totals for last year will most assuredly end up over the $55 billion mark.

What’s even more impressive is that these numbers do not include the figures for tribal gaming. Casey Clark, speaking for the AGA, said that “To have already surpassed the record numbers we hit in 2021 with a month to spare is really remarkable.”

This new US record was set via 30 of America’s 33 commercial gambling jurisdictions reporting growth from 2021 to last year. For the most part, it was the usual suspects that brought in the money, with slot machines remaining the most profitable form of gambling, and table games also contributing a lot to the bottom line.

Only three jurisdictions reported less revenue for the year. Washington, D.C. only offers sports betting, but the market fell by almost 15%. Then in Mississippi, gambling revenues fell by close to 4%. While up in South Dakota, revenues were down slightly, by just 1%.

Overall, sports betting was able to add $83 billion to the bottom line, and it was New York that contributed the most. Over $16 billion of the total was generated by the Empire State. A representative from the B Global consulting firm said that this new record for gambling in America shows the industry has not simply bounced back from the pandemic, but actually expanded. 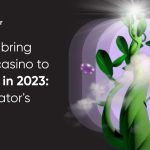 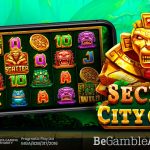