Who better to track gambling in America than our friends at the American Gaming Association? And their statistics seem to indicate that we could be looking at record revenue numbers for 2022. It makes sense. After all, there are more states legalizing different forms of gambling than ever before.

Not only is sports betting exploding, but the successful regulation of betting on sports has had the additional effect of expanding online gambling. And now, the AGA’s Commercial Gaming Revenue Tracker has tallied the numbers for the first part of the year.

Those figures show that gambling in America is up over 20% so far, bringing is nearly $24.4 billion. And that’s just up to May! So far, 2022 has seen revenue from land-based gambling in America reach close to $20 billion, primarily from slot machines and table games, which is 14% higher that 2021.

Of course, it’s not all good news. Three states still lag behind their 2021 revenue for this point in the year, but not by much.  Kansas is off by less than a full percent, down by 0.8%. Meanwhile, Mississippi and South Dakota are only trailing the previous year by about 2% each.

The District of Columbia, however, is where things get ugly, down over 20% year on year. But at the same time, 22 states have shown overall revenue growth from traditional gaming. The growth of the online industry is also helping to push gambling in America to new financial highs.

The Commercial Gaming Revenue Tracker from the AGA provides financial numbers for both state and national commercial gaming in America. These are provided via monthly updates on their website. 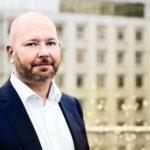 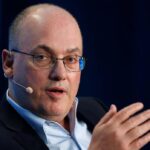