Not a stranger to the Russo-Ukrainian war, the global gambling industry has joined forces to set up a mechanism for the sector to help the Ukrainian people via a GoFundMe campaign.

The Gaming Industry for Ukraine initiative aims to raise £250,000 ($272,500) for Choose Love’s Ukraine Crisis Fundraiser, which supports projects providing vital aid to the refugees that are being created by Russia’s war on Ukraine. In the first 72 hours, donations have already flooded in from companies and individuals.

Choose Love is raising money for those who are delivering essential aid and service to those still in and fleeing the country, including emergency medical care, food, shelter, clothes, legal support, support for the LGBT+ community and mental health support.

In an official press release, a spokesperson for Gaming Industry for Ukraine, stated: “We elected to support Choose Love after extensive research, as they can make use of the funds raised in the quickest and most efficient manner by assisting those who need it the most. We urge every company who can join us in this effort”.

The Gaming Industry for Ukraine initiative does not only seek for money donations, but also for companies’ leftover or unused merchandise, such as power banks, towels, water bottles and clothing to send in to help the aid effort.

“Many companies will have unused stock from planned promotional activities over the past couple of years for events that didn’t happen and this stock can provide a massive boost for refugees who have left behind all their possessions”, the campaigners stated.

“We know many people have already launched their own inspiring efforts but this has been set up to provide a way for the industry to provide fast and effective support. By working collectively, we can support our friends and colleagues from Ukraine, and show that the gambling industry can be a force for good”.

Sergei Efimenko, CEO of Atlas in Ukraine, added: “Many of our IT developers have joined the Territory Defence, and many others are helping to build protections on the streets. Where there were nice flowers and fountains, now we build anti-tank protection and positions for machine guns. But at the same time we as a company have obligations for our partners, so from different places in Ukraine, sometimes even from underground – wherever you can catch mobile internet or get a laptop – people are doing their job. People are getting used to living with alarms and explosions and spending nights in the underground.”

Donations to the Gaming Industry for Ukraine campaign can be made here. 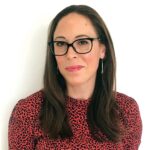