lans for Macon Mall, in Georgia, could include a casino and a hotel. As lawmakers in the state are revisiting the prospect of legal gambling, Macon-Bibb County’s mayor has already been in talks with casino owners and operators.

“Certainly not anything I’m necessarily advocating for, but if it does come to Macon, I’m going to want to know where it’s going to be at, so to have the largest impact that we would need to have,” said Mayor Lester Miller in an October “Ask Mayor Miller” event, reports 13WMAZ.

Miller believes Georgia lawmakers will call for a referendum to go before voters next year, in a proposal likely to include four casinos and two racetracks in the state. And Macon-Bibb County is being considered as a potential site.

According to the Mayor, if a casino were to go into one of the old anchor stores in Macon Mall, there would be sufficient space in the parking lot to build a companion hotel as well. An amphitheater is also among the probable developments for the site.

Miller says “not one additional tax penny” will go into developing the project, which will include moving county offices that are paying rent elsewhere. An unnamed national chain also has expressed interest in adding the mall to its locations.

Hull Property Group, Macon Mall’s owner, will initially donate about half the property to the Macon-Bibb County Urban Development Authority. “We’ll have joint ownership of the remaining part of the property for $1 a year, with the hopes of owning the entire property, free and clear, out six years,” Miller said.

The management and fee split arrangements with Hull would allow the county to keep a lot of the property on the tax digest and generating revenue, reports the previously cited news source. The mall donation is valued at about $55 million and is included in a $100 million investment figure quoted during a Sept. 15 announcement.

The UDA will issue bonds for the 10,000-seat amphitheater and renovations and use rent from mall businesses to repay those bonds, Miller said. Requests for qualifications for design-build teams have been issued for the auditorium and sky boxes that will be built on up to 18 acres on the east side of the mall. Companies have until Oct. 28 to submit responses for the project.

Next to the amphitheater, Miller hopes to build “Mac Town,” a restaurant plaza and bathrooms. Indoor pickleball courts in an old department store is also an option. “We’d probably have the largest in the nation for an indoor pickleball court, it certainly brings a lot of tax revenue in,” he said.

Miller has been working on the mall project since before he became major, believing the area could lead to profitable developments. According to him, interest is already surging, with developers interested in the project and propositions of naming rights for the amphitheater. The mayor says groundbreaking could come next February. 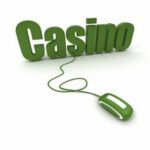 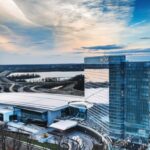