The UK Gambling Commission (UKGC) has announced the suspension of the operating licence No.002823-R-103864-012 of the bookmaker Goldchip Limited as a result of a review that the watchdog carried out under section 116 of the country’s Gambling Act 2005.

The review and consequent suspension follows concerns that activities may have been carried out contrary to the Act, not in accordance with conditions of their licence and that the Licensee may be unsuitable to carry on the licensed activities. In accordance with section 118 (2) of the Act the Commission has determined to suspend the above operating licence.

Furthermore, the UKGC revealed that some suspected anti-money laundering and social responsibility failures were among the major considerations of the regulatory body in regard to the decision for the gambling company’s licence suspension.

“We have made it clear to the operator that during the course of the suspension, we expect it to focus on treating consumers fairly and keeping them fully informed of any developments which impact them,” stated the Commission.

The suspension does not prevent the operator from allowing consumers to access their accounts and withdrawing funds. Goldchip Limited – which operates goldchip.com – can be contacted through its website. 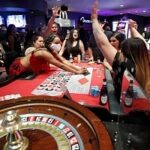 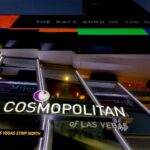