Gaming executives and professionals at this year’s event will be able to see SYNKROS features such as SYNK31 Title 31 / Anti Money Laundering and technology such as cashless wagering and TITO support at games, cardless login by player phone number, QR code, and/or Near Field Communication (NFC); new Konetic employee mobile features such as Jackpot processing, and more.

Konami is also marking the G2E debut of its DIMENSION 49 portrait cabinet, DIMENSION 27 stacked screen cabinet and new machines, which are arriving at G2E Las Vegas for the first time. All of them include a silver finish, a slant top, dual spin buttons, dual cup holders and wired and wireless phone chargers featured in the original DIMENSION 49J.

DIMENSION 49 is a for-sale, flat-screen version of the J-curve machine and it will be featured at the event with new extensions on Konami’s series such as Treasure Ball. The company’s new DIMENSION 27 with three, stacked 27-inch screens is also making its G2E premiere with original linked series such as Panda Power. Additionally, Konami is unveiling a new premium cabinet format with its own content library.

DIMENSION 49J will feature Bull Blitz and Lucky Envelope, an entirely new linked progressive inspired by the gift giving tradition common in Chinese culture. In addition, a new licensed series premieres at Konami’s 2021 exhibit with the G2E debut of BattleBots slots, based on the robot combat sport and reality TV show broadcast in over 150 countries.

Konami will be showcasing its products at booth #1256 at the Sands Expo & Convention Center.

In an official press release, executive vice president and Chief Operating Officer at Konami, Tom Jingoli, spoke about the company’s products at G2E and said: “Konami is delivering winning developments to the casino floor in the immediate months and years ahead, in an effort to achieve meaningful gains for operators and continuous advancement for our industry as a whole. From expanded SYNKROS contactless technology to new DIMENSION premium formats, Konami is adding even greater value to what is proven successful in the space.”

“Our expanded line of DIMENSION cabinets has helped launch some of the industry’s most popular new slots. With series such as Treasure Ball Duo Luck, Panda Power, Celestial Riches Eclipse, Bull Blitz, and more soon to be added, we’ve only just begun exploring the DIMENSION line’s potential.”, he commented.

“Last G2E, DIMENSION 49J was voted one of the industry’s most anticipated new cabinets. The machine has clearly delivered on the excitement with hit games like All Aboard and Ocean Spin, and now we’re taking it even further with BattleBots, Bull Blitz, Lucky Envelope, and more”, he added.

“For years, Konami’s SYNKROS cashless technology has proven success in locations around the globe, and it continues to grow and advance in some of the world’s most competitive gaming markets. That combined with an array of other operator-configurable player conveniences are empowering SYNKROS customers to exceed expectations in truly exciting ways”, he concluded.

The company’s game catalogue can be found here. 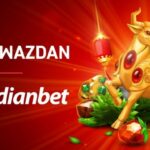 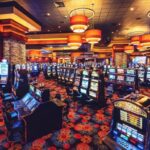